Improve Your Baseball Skills Through VR With Win Reality

It was only the other day that we were talking about how one practice facility in Canada is using the tech behind virtual reality to improve the skills of youth hockey players, and now, some of those same tools are being utilized to help users get better at America’s pastime.

Win Reality is a company that kicked off earlier this year and is looking to use virtual reality as a means of improving the real-life skills of those who play baseball and softball. The company specializes in an application that teaches players how to better read pitches and improve their approach at the plate. The tools are said to be for those who are really serious about the sport and improve on their intangibles.

Win Reality also comes with recommendations from a variety of notable athletes at all levels. First basemen Paul Goldschmidt and Pete Alonso, of the St. Louis Cardinals and New York Mets respectively, have praised the technology behind the product. Others such as San Francisco Giants outfielder Mike Yastrzemski have said that Win VR’s tools have even helped him improve at the major league level. Not to mention, the app has already been implemented at a number of collegiate levels, too.

As for how Win Reality’s product actually works, well, it’s much like any other VR game or app. After you get your controller and headset attached, you’ll enter a virtual baseball arena where you can practice taking pitches. The aim is to create an experience that is as real as possible, especially when it comes to the trajectory of the incoming pitches.

Win Reality also goes as far as to allow you to implement tools for coaching or academy program, if that’s something you’re interested in. Assuming that you’re a baseball trainer yourself, this is something that you can buy for your students and have them utilize at your potential facility. There are even aspects such as leaderboards and other weekly reports that will allow players to compete against one another.

Obviously, there are a lot of potential workout-related benefits here with what Win Reality is doing, but this program clearly won’t be for everyone. If you’re someone who is actually looking to improve on the finer aspects of pitch delivery, timing, and identifying what pitches are being thrown at you in a baseball game, this product seems incredible. That said, this isn’t something that you’ll just casually boot up at the end of the day to play for fun. This is less of a game and more of a legitimate piece of software that is all about correlating with real-world baseball skills.

To that point, perhaps the only “downside” to Win Reality’s program is that this isn’t just something that you’ll simply download off of Steam or the Oculus Store and play on your own time. Instead, this is something you’ll need to subscribe to and pay for on a monthly basis. Payment plans start at $24 per month and go all the way up to $149 a month. Obviously, there are a lot of different tools at your disposal in either plan with the latter being more focused for coaches. Still, assuming you’re already taking lessons elsewhere privately, this program’s cost likely rivals those that you might already be paying for.

For more information on Win Reality as a whole, you can head over to their website to read up more on their program. As a former baseball player myself, what they’re doing here is extremely impressive. If you’re serious about trying to better your own approach when taking an at-bat, Win Reality seems like it could be the way to go for many baseball athletes in the future. 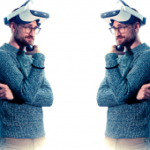 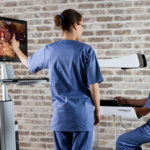