In June of last year, we wrote about Precision OS and their innovative use of Unreal Engine to run lifelike training for orthopedic surgeons. In this new video spotlight, the company talks about how their virtual reality solution is changing the face of medical education through faster, more thorough, more portable training, and the ability to train new surgeons for every possible scenario.

Dr. Danny P. Goel, CEO of Precision OS and an orthopedic surgeon himself, says their goal is to change the way we think about surgical education. “It’s actually challenging 400 years of dogma, which has been to learn on plastic models or to learn on cadavers,” he says.

Whereas medical textbooks and plastic models show neat-and-tidy representations of bone, muscle, and organs, the reality is quite different. Medical education also makes use of cadaver labs, lectures, and on-the-job training, but it can take healthcare providers months to become proficient. And even then, they won’t have seen every possible situation that can arise during a procedure.

“So how do they get that practice before they get to the O.R.?” asks Goel. “You don’t do the same procedure over and over again to become an expert, because every patient is different. It’s doing the same thing with variation, which actually brings you towards expertise. And that is what we focus on with our technology.”

Rob Oliveira, Co-Founder and CCO at Precision OS, likens the training to a flight simulator that runs numerous different scenarios. “Pilots, when they get on a plane, they’ve had to have quite a few hours in the simulator,” he says. “VR is exciting because it moves it closer to that model, and they can practice and fail hundreds of times in a simulator or in VR. That’s where you want them to fail, not on you.”

In a recent independent study, experienced surgeons assessed the skills of VR and non-VR trainees. The VR group was found to be not only superior to non-VR trainees in technical skill, but also to have learned the information 570% faster. The study was published in the prestigious Journal of Bone and Joint Surgery in early 2020.

Precision OS recently formed a partnership with SIGN Fracture Care, a humanitarian organization that provides fracture surgery to the injured poor. SIGN will distribute Oculus Quest wireless VR headsets to 365 hospitals in 53 countries, and then deliver Precision OS’s surgical training to these regions remotely. These efforts will not only shorten the time for training, but will also free up the time and funds previously spent on flying surgeons to training facilities.

The right tool for the job

Colin O’Connor, Co-Founder and CTO at Precision OS, says they chose Unreal Engine for its visual quality and its toolset. “We want to make sure that we hit that high-fidelity mark right from the outset,” he says. “On top of that, Unreal has everything built into it.” 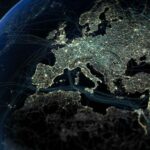