Google is shutting down its VR field trip app Expeditions

‘Immersive experiences with VR headsets are not always accessible to all learners.’

Google is ending support for its Expeditions virtual reality app. The app, which offered educational VR tours, will be removed from iOS and Android app stores on June 30th, 2021. “The majority” of its tours will be migrated to Google’s separate Arts & Culture app, letting users view them via web or mobile device.

Google published the news in a blog post that was spotted by 9to5Google, and it framed the decision around making Expeditions tours more accessible to students during the coronavirus pandemic. “We’ve heard and recognize that immersive experiences with VR headsets are not always accessible to all learners,” writes Jennifer Holland, Google’s director of education program management. “As Arts & Culture will offer many of the Expeditions tours, we’ll no longer support the Expeditions app.”

Google launched Expeditions for its Cardboard VR viewer in 2015, and classrooms could get boxes of Cardboard headsets for “virtual field trips.” Its tours included 360-degree panoramas capturing museums, festivals, and far-flung wonders of the world. But Google has since retreated from VR. The company discontinued its Daydream VR platform and made Cardboard an open-source community project last year.

Expeditions is faring better than Daydream, since it’s being folded into the larger Arts & Culture app — home to sundry novelties like a Van Gogh photo filter and a tool for matching your selfie to famous works of art. You can even view some Arts & Culture content in Cardboard. But it’s not a prominently featured option.

Google is also ending support for the Tour Creator feature, which let people make their own tours in Expeditions. Tour Creator will no longer be available after June 30th of next year, but Google will let users export the assets from their existing tours in the coming months. More details are available on the Expeditions site. 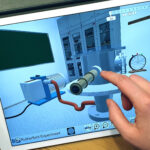 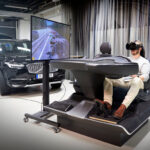