Developed by GameBoom VR and published by PlayGames, a prolific publisher of simulator genre titles, Thief Simulator VR is set to launch its 1.0 version on Steam tomorrow.

As you’d imagine, Thief Simulator VR puts you in the shoes of a burglar stealing who creeps around in a free roam sandbox of suburban houses. Letting you open doors with lockpicks, buy hi-tech hacking tools, and use plain old brute force, you sneak your way into homes to steal as much loot as possible. It’s not as simple as it sounds though; you’ll need to watch out for homeowners, gather intel, and make sure the fuzz doesn’t pinch you during your home invasion adventure.

First released in Early Access back in November 2019, GameBoom VR set out to include all of the features from the non-VR PC game Thief Simulator (2018), which gained notoriety when YouTuber ‘jacksepticeye’ played the PC version soon after its release.

Jacksepticeye also touched back with the VR version of the game too, which garnered it nearly two million views on YouTube. You can check that video out here.

The developers say on the VR game’s Steam page that they’ve pushed countless bugfixes, weekly updates, a better tutorial, and “a lot of new content” in preparation for the full release.

Although we haven’t had a peek yet at the 1.0 version just yet, GameBoom VR is holding a livestream reveal, which is linked below: 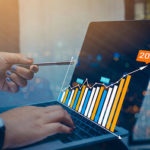 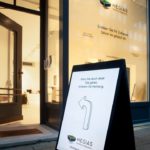