Immerse, a language learning startup focusing on teaching English in VR, has secured a $1.5 million Series A investment, something the company says will allow them to both expand the current product to Oculus Quest 2, and set up partnerships with institutions in Spain, South America, and other markets affected by the COVID-19 pandemic.

The investment round was led by Eagle Venture Fund. According to CrunchBase, this brings the company’s overall funds to $2.4 million.

Immerse’s team of VR engineers have spent the last three years building its software, which allows English teachers to hold immersive classes in VR—especially important for language formation during the protracted school and university closures due to COVID-19.

The company’s software focuses on taking students to different locations and putting them into situations where they learn practical applications of English, including everything from dealing with a cancelled flight to business-related subjects like giving public talks in English.

Headquartered in Irvine, California, Immerse first found success breaking into the Japanese market, establishing an office in Tokyo. With the new investment, the company says they’re quickly expanding beyond East Asia; the company is currently working on partnerships with “some of the largest schools” in Spain and South America.

“In a time where isolation keeps us safe, giving both young and old learners that connection is incredibly important for both learning, as well as mental health” says Immerse CEO Quinn Taber. “The opportunity to leave your room, explore a new culture, and go on an adventure with your friends is a welcomed respite from loneliness and isolation.”‍

Immerse says it will also be looking to break into more markets affected by the pandemic. 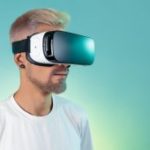 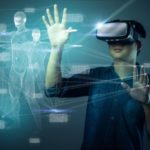