It looks like AR is about to take off in Indonesia

Augmented reality (AR) is exciting for its potential for immersion. Blurring the boundaries of the physical and digital, it can change the way we interact with the world around us.

Often confused with its cousin virtual reality, which involves full immersion by the user in a digital environment, AR concerns the deployment of virtual assets like photos, graphics overlaid over the physical world. The mobile application Pokemon Go is a popular example of AR with mass appeal, along with the AR-powered photo and video filters on social media services like Snapchat and Instagram.

But AR can be leveraged across various industries, with clothing and makeup brands harnessing the tech to illustrate how their products can be applied either in marketing campaigns or displayed over the tester’s own body features, using a combination of AR and AI to bring the designs to life on a digital plane.

More practical applications have been spotted in healthcare and education fields, such as AR being used to aid in surgery or helping to create an immersive learning experience for students – heralding a bunch of contact-free AR solutions that are booming in popularity during the current pandemic.

Even before the arrival of the pandemic though, Indonesia was already experiencing an influx of startups exploring augmented reality. Startups ARKids Studio and JENIUSVR were offering augmented reality solutions and educational content for pre-school and elementary-age children in a virtual classroom since 2019 and 2018 respectively, and JENIUSVR provides AR training for teachers too.

In Jakarta, the long-established SmartEye has been offering AR and VR solutions for enterprises, while IoT platform provider DAV produces a customizable AI-cum-AR device that can be mounted to store shelves to enhance customer engagement in brick-and-mortar outlets.

Other Indonesian solutions include Snapcard for creating AR business cards and brochures and the award-winning Octagon Studio that has sold over a million units of its educational and entertainment-based AR products.

They are supported by a healthy startup ecosystem in fast-growing Indonesia, considered the largest digital economy in Southeast Asia, with a 2019 report by Google, Temasek and Bain & Co projecting Indonesia’s digital market to expand from a value of US$40 billion in 2019 to US$130 billion over the next five years.

The country is also home to the highest number of startup unicorns in Southeast Asia and is the home market of regional ‘super app’ Gojek with over 20 digital services under its belt including in transport, delivery, and payments.

The Indonesian government is actively prioritizing digitalization to stimulate a post-COVID-19 economic recovery, including kicking off a national AI strategy that will aim to make the sector profitable by 2045– with augmented reality also set to play a co-starring role.

“The government’s increasing attention to the AR, VR, and AI markets must also be added to the current positive panorama. As has been the case in the past, for example with regard to e-commerce, the Indonesian government is examining these segments to produce regulations that are as favorable as possible to healthy market development,” Daniel Surya, the executive chairman and co-founder of Jakarta-based AR/VR/AI specialists WIR Group, told the Oxford Business Group.

Indonesia’s burgeoning presence as a global AR and VR hub is being solidified later this year, when Jakarta will play host to the third International Conference on Virtual Reality Technology, to be held in December.

Foto: Augmented reality (AR) can enhance learning and other use cases now in the era of ‘contact-less’. Source: AFP

It looks like AR is about to take off in Indonesia 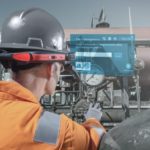 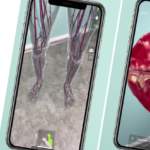