The latest release of MRTK adds official support for Oculus Quest and can now be managed directly in Unity’s package manager.

Its main purpose is to enable developers to rapidly build user interfaces which support interactions from hands and/or tracked controllers. The framework’s design principles leverage Microsoft’s research on spatial interactions conducted for HoloLens.

Oculus Quest support comes by way of Unity Labs engineer Eric Provencher. In late December 2019 he started work on MRTK-Quest, at the time as an extension available from GitHub.

Throughout this year Provencher worked to improve MRTK-Quest support and add new features. With MRTK 2.5.0, this work is now built in, and development of the extension has ceased.

You can try out MRTK-Quest as a user, or curious developer, via the “playground” published on SideQuest.

When developers build websites or mobile apps, they rarely build the user interface from scratch. UI frameworks let them use ready-to-go components so they can focus on building the actual experience or game. There are many established web & app UI frameworks, but VR & AR are so new that very few such frameworks exist yet – at least ones mature enough to use in a real world project. MRTK may be able to help.

Facebook and Valve do not yet offer frameworks for VR UI or interactions, instead offering basic samples which developers can copy, as well as best practices.

With version 2.5.0, MRTK can now be installed & updated through Unity’s built in package manager, making it easier to work with and better integrated for real world development use. 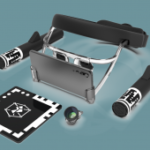 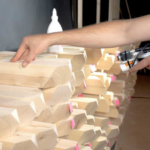 Can Virtual Reality Help With Depression?