One of the core principles of Toyota Motor Corporation is Kaizen, which translates to continuous improvement. In both production equipment and work procedures, Kaizen seeks to drive maximum quality, efficiency gains, and elimination of waste.

Toyota often turns to technology to deliver these improvements, which is why the automaker was an early adopter of 3D data for digital engineering and later embraced real-time 3D technology. This includes the use of Unity’s real-time 3D development platform across its automotive lifecycle.

The company then develops applications tailored to its needs and deploys them to various platforms. That can include training sessions in VR, creating realistic car configurators for its luxury Lexus brand, or condensing inspection workflows from days to hours with HoloLens 2. Toyota has used Unity to create and deploy mixed reality applications to Microsoft’s HoloLens2 across its automotive production process. Naturally, its team was eager to expand their mixed reality capabilities with Microsoft’s revolutionary wearable holographic computer.

Watch the talk below from Koichi Kayano, the project leader of mixed reality for automotive digital engineering at Toyota, which introduces several proofs of concept progress. He explains how mixed reality helps Toyota achieve Kaizen in several aspects of design, manufacturing, and field service.

Drilling down, here are some of the many ways Toyota is saving time, reducing costs and driving efficiencies with mixed reality.

Previously an arduous task, CFD analysis is now made simpler with the assistance of mixed reality. Toyota uses Unity and HoloLens 2 to capture and display CFD analysis on a vehicle in real-time to streamline the design review process.

Navigating around a stationary vehicle, the user can simulate and analyze how its design affects aerodynamics. And using multiple HoloLens 2 devices, Toyota’s team can share their view with one another to better communicate and collaborate during a review process.

Once a vehicle is assembled, it’s challenging to explain the functionality of hidden mechanisms within the vehicle. This is made more difficult when the function requires the vehicle to be in motion.

Using HoloLens 2 and Unity, users can now move around and inspect the inner workings of a “moving” vehicle – making a task that was once impossible not only doable, but easy and safe. The possibility of human error is always present, even among expert technicians. Simple errors such as a loose coolant cap carry consequences if not detected and corrected immediately.

With the help of machine learning, Unity, and HoloLens 2, engineers are being guided to recognize and remedy inconsistencies that are easily missed by ordinary inspection. Using Unity, Toyota created 3D models of the vehicle and the body parts under the hood, varied the model’s position in 3D space, and automatically captured a large volume of labeled images to train its machine learning models.

Compared to the traditional workflow that took 200 hours, this approach generated the needed amount of auto-labeled images in just 30 minutes—a 400X improvement in speed. This synthetic data also proved just as effective at training the machine learning models as the manually annotated photographs. For Toyota, this kind of time and cost savings is an ideal example of Kaizen in action. Proper electrical wiring configuration is crucial for ensuring vehicles operate as intended. In a finished vehicle, however, inspection of connector positions and pin assignments is a serious challenge.

Instead of relying on 2D diagrams, Toyota’s team now has the ability to visualize the entire three-dimensional electrical wiring diagram inside the engine, doors, dashboard, or any other part of the car they require (see image above). This allows Toyota’s field service engineers to gain contextual understanding and to visualize the location of the wiring systems without the labor and time needed to remove physical parts.

As a global company, Toyota needs to connect field support engineers and experts across various locations. This presents numerous challenges and hinders effective collaboration and training.

Making it easier and faster to create field guidance applications

Step-by-step tutorials are critical to the ability of Toyota’s service engineers to make repairs effectively, but creating these manuals is time- and resource-intensive. In the past, a digital version of a work procedure app would take up to ten days and require an on-site computer graphics engineer.

With Dynamics 365 Guides, Microsoft’s virtual training, performance, and instruction solution, the same task now takes 90 percent less time—just one day. This automated process allows anyone with basic training to create necessary applications through detailed instructions and guidance, freeing up programmers to focus on other tasks. 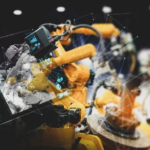 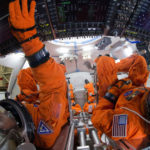