When you think about “haptics,” particularly in the sense of extended reality, you probably think about hardware and wearables that let you interact with and feel your environment. However, that’s only half the story.

Haptics require hardware but they also require software. The focus is currently on hardware meaning that XR designers often lack the resources and networks required to create quality haptics-enabled experiences.

Interhaptics is a company with a platform that recently came out of beta with an eye on solving this problem. CEO Eric Vezzoli took the time to explain the problem and the solution in a remote interview.

What Interhaptics Has to Offer

“If you want to provide haptics in your application, you have to code for haptics. It’s really hard for non-specialist developers to take a haptics idea into action,” said Vezzoli. “Interhaptics provides a virtual haptics interface that allows you to visualize haptics and test them in real time.”

The platform has two basic products. The first is a “haptic composer” for creating textures. Once the texture has been created, it can be saved just like any other asset and exported to simplify coding.

The other product is an “interaction builder” for creating gesture controls. These controls are showcased to many XR users in a gaming environment but have huge practical implications in enterprise training.

“Controllers are more precise from a tracking perspective, but they are a barrier to entry,” said Vezzoli. “They are illogical to someone who is used to using their hands.”

“Interhaptics is a developer-focused organization which offers developers tools to make their lives faster and easier,” said Vezzoli. “What we are looking forward to doing is creating a community of haptics developers.”

One way that they aim to do this is to offer non-commercial versions of their products for free. There is also a special academic pricing tier that includes most functionalities of the commercial tiers, but without a commercial license.

“It’s extremely important for us to foster creativity in the community and the best way for us to do that is to not create barriers to entry,” said Vezzoli.

Packages that include a commercial license are paid for by subscription, with plans ranging from US$47 to US$212.

The big news that Vezzoli had to share was that Interhaptics had their official launch last week, on September 7, following three years of development including seven months of beta testing.

However, I had to ask, is hardware in the roadmap? The short answer is – sort of.

Their dedication is to developers, and they want to keep it that way. However, many haptics experiences require hardware and software to work. As a result, Vezzoli and his team are in talks with a number of hardware producers working on partnerships going forward.

Vezzoli can’t share who those producers are right now, but it’s safe to imagine that we’ll be hearing some big announcements from Interhaptics going forward.

Right now, their products are compatible with Microsoft, Oculus, VIVE, HTC, Varjo, Ultraleap, and Android for Oculus devices. Further, Android support should be coming before the end of 2020, with iOS support coming in the first quarter of next year.

Interhaptics also has an eye on PS5 compatibility, but there’s no release date set as of this writing.

Whether you want to improve the haptics game on your commercial experience, get acquainted with haptic design, or just look forward to improved experiences in future XR applications, the launch of Interhaptics is a huge win.

Haptics hardware manufacturers can start to look forward to more richly textured and enabled content, designers have more options for integrating these functionalities into these experiences. And us non-designers? We get to reap the benefits of a more textured XR world. 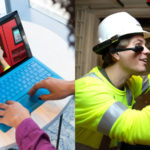 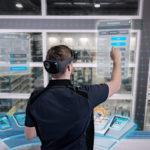