Currently in development is Space Explorers: The ISS Experience, a collaborative effort between Felix & Paul Studios, Time Studios, NASA and others. This week the Montreal-based studio has announced a collaboration with PHI Studio on a travelling exhibition based on this project – ∞INFINITY: Living Among Stars.

The two studios plan on creating and marketing a selection of large-scale immersive projects under the INFINITY Experiences banner of which ∞INFINITY: Living Among Stars will be the first. The exhibition will premiere in Montreal in 2021, spread out across a multi-phased circuit covering 10,000 square feet.

“∞INFINITY transports worldwide audiences at the forefront of human space exploration, through an extraordinary immersion full of poetry and emotional impact,” said Félix Lajeunesse, co-founder and creative director of Felix & Paul Studios in a statement. “Leveraging exclusive cinematic VR footage filmed inside and outside the International Space Station over two years, as well as the breathtaking sense of presence and intimacy provided by the very edge of immersive media, the exhibition explores the inspiring and revealing journey of astronauts living in orbit — and humanity’s future among the stars.”

Visitors will be able to see never-before-seen footage from Space Explorers: The ISS Experience filmed in 3D 360-degrees on the International Space Station. The exhibit will culminate with guests stepping out for a spacewalk side by side with an astronaut.

“For many years, PHI has been dedicated to new ways of appreciating culture and promoting works combining art and technology, particularly through exhibits that travel the planet,” explained Phoebe Greenberg, Founder and Director of PHI. “In its role as a multidisciplinary cultural and artistic hub, PHI was also the first investor in Felix & Paul Studios, now the only entertainment studio in the world to offer the full range of immersive experiences. This new chapter which combines our respective strengths is a great source of pride.”

As for the rest of its journey, over a five-year period ∞INFINITY: Living Among Stars cities across North America and Europe. The creators are also considering a digital application for the future.

Space Explorers: The ISS Experience will premiere later this year as four episodes for VR headsets. 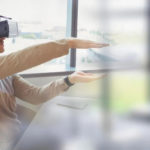 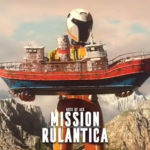