Porsche Triples Down on AR

A data point circulated around the AR industry a few years ago, indicating the productivity boosts that Porsche was able to achieve with AR. It reduced service resolution time 40 percent by equipping its mechanics with AR glasses for guided maintenance (see our coverage here).

This included line-of-sight instructions and reference material for complex maintenance procedures like replacing a transmission (more on that in a bit). Given the costs of dispatching high-end mechanics, this service-time reduction added up to meaningful savings at scale.

Now a few years later,  it’s evident that Porsche has internalized this ROI boost and taken real action to invest in AR. It has tripled down on the technology (literally) by boosting its AR usage 3X according to Atheer, which is Porche’s supplier of record for its ongoing AR integrations.

Porsche’s follow-on investment holds a few key lessons. First, it’s a notable indicator that AR is working. But beyond that fact — which we mostly know from several case studies — Porsche got over the hump of the dreaded “pilot purgatory,” and was able to move on to full deployment.

As background, Pilot Purgatory happens when enterprise “innovation hubs” bring in AR but then fail to get a critical mass of organizational adoption. It’s usually a function of top-down planning, and poor communication to tech-averse front-line workers. We wrote a whole report about it.

It’s not surprising that Porsche has sidestepped this common pitfall given guidance from Atheer. In fact, Atheer has emphasized its playbook (see article above) for AR rollouts by “thinking like a marketer” in internal communications. This can help enlist and excite stakeholders at all levels.

“Porsche brands everything as ‘Tech Live Look’” said Atheer CEO Amar Dhaliwal at AWE Europe. “So everything they do — every press release, every analyst briefing — they talk about the program. Internally, the posters and packaging… when glasses go out… everything is branded.”

Not a Silver Bullet

The other best practice that can be attributed to Atheer’s success in getting Porsche to triple down is to deploy AR where it can have the most impact. Though that sounds obvious, AR isn’t a silver bullet: it follows the dynamics of any market sector in requiring good product/market fit.

In that sense, Atheer’s playbook stresses the need to find areas where AR’s strengths align. For example, in the work Atheer has done with Porsche, it reports that AR is great for guidance but not for training (though VR has proven ability to boost knowledge retention in training).

AR doesn’t add value in jobs that involve repetitive, simple tasks like changing your oil. But it does shine in complex, non-repetitive tasks like replacing your transmission.

In other words, AR doesn’t add value in jobs that involve repetitive, simple tasks like changing your oil. But it can have lots of impact in jobs that need guidance. That includes complex, non-repetitive tasks like — again — replacing your transmission. It’s all about aligning goals.

“We’ll start by saying ‘what is it that you’re trying to do?’” Dhaliwal said. “If they’re trying to do something that sounds better for training, we’ll say ‘we’re not the right partner for you, because deploying this technology to solve this problem will not have the ROI that you’re looking for’.” 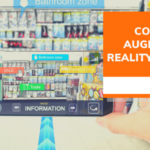 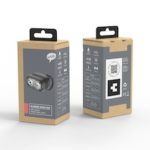