The use of VR technology in criminal justice is not entirely new. As early as the 1990s, it has been used to simulate accidents and examine crime scenes. Today, advances in technology have made it even more accurate and reliable, widening its use in various areas of the criminal justice system.

In recent years, VR and other immersive technologies have been gradually integrated into the legal system. Aside from officer training and crime scene reconstruction, they can also be potentially used in presenting evidence and providing testimonies in court.

Recreating a crime scene for forensic investigation is another application of VR technology in criminal justice. Cameras mounted on headsets worn by the initial investigators digitize the crime scene. Hand gestures tag objects and other details to preserve evidence. Using the images, officers can create a virtual crime scene that they can revisit any time during the investigation.

Some examples of technologies that can be used for crime reconstruction are CSI: The Hague, Virtual Reality Model Language, and Microsoft Hololens with Black Marble software. These do away with manual measurements and scale drawings, making reconstruction less time-consuming and more accurate. They enable forensic experts to walk through a 3D crime scene virtually. Using physical evidence, they can corroborate or refute a witness’ testimony.

Undoubtedly, VR and other immersive technologies will play more important roles in the criminal justice system. They will make research, training, law enforcement, and implementation of justice more effective and efficient. As advancements in technology iron out kinks, such as technical glitches and prohibitive costs, we can expect VR to further enhance the justice system. 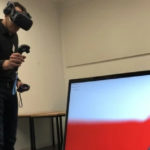 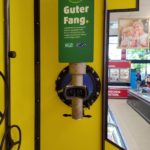