ReplayAR shines a spotlight on Ground Zero in honor of 9/11.

On the morning of September 11th, 2001, a series of terrorist attacks were conducted against the United States, resulting in nearly 3,000 deaths, 25,000 injuries, and numerous long-term health consequences. To this day 9/11 is considered one of the deadliest terrorist attacks in history.

With the 19th anniversary of the 2001 World Trade Center attacks just around the corner, ReplayAR is honoring both the victims as well as first responders with a personalized “AR Time Capsule” featuring localized AR photography.

Available now on iOS and Android, ReplayAR is a free location-based AR app that utilizes a combination of geocaching and augmented reality technology to capture images and tie them to specific real-world locations. Creators can then revisit past locations to access these localized AR images at any time. It’s sort of like walking through a virtual museum composed of your personal memories.

Ahead of 9/11’s historic 12th anniversary, the team at ReplayAR sought to immortalize the victims and first-responders by creating an AR Time Capsule set throughout Ground Zero. In a video provided by the company, we see actual photos taken on that fateful day layered over their present-day locations in Lower Manhattan, resulting in an emotional juxtaposition.

“As this year’s 9/11 anniversary approaches, we again find ourselves moved by the tremendous sacrifices of our first responders and frontline workers facing unimaginable challenges, just as they did 19 years ago in the heart of ground zero,” said Hell’s Kitchen resident Jay Huddy, creator of ReplayAR, in an official release.

“It’s all about contextualizing these photographs in their original surroundings to provide a deeper understanding of the temporal reality they depict,” added Huddy. “We hope that by using locational AR visualizations to remember the past, we can honor and preserve the stories of those who came before us, and truly never forget.”

You can check out the full 9/11 AR reel above. To get started creating your own AR Time Capsule, download the free ReplayAR app via the App Store or Google Play.

In honor of the upcoming 19th anniversary, consider making a contribution to one of the many charitable organizations working to support victims and first responders. 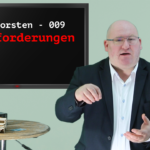 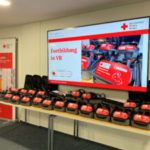