Can VR Save Virtual Events?

Virtual events are a prominent component of the new normal… at least for knowledge workers. As we examined in a two-part series in the pandemic’s early days, those who lean into virtual events could discover favorable unit economics and post-Covid virtual-hybrid models that stick.

Meanwhile, interaction and networking are glaring gaps in virtual events — at least the Zoom-style events that are prevalent today. This is where VR can come to the rescue. We’ve experienced real immersion and personal connection in the Altspace events we’ve helped produce (video below).

Another factor that could accelerate VR events is necessity. A June Martech survey revealed 70 percent of respondents won’t attend in-person events this year. And 51 percent of marketing pros say virtual events are here to stay. The realization could set in that VR is a better way to do it.

But working against that is the fact that VR hardware penetration is too low. There’s a certain network effect required: event organizers won’t develop VR events if a small segment of their addressable market has the hardware to even attend. It’s a classic chicken & egg dilemma.

Until that hardware component is solved, we at least have some proof points for VR’s efficacy in virtual events. Beyond our anecdotal comments above regarding real levels of immersion and personal connection, we’ve collected some data points for VR’s merits as an event format.

That covers one component of virtual events: knowledge building. The other primary event attribute is networking and human interaction, which to some folks is more important. There, HTC reports that VR improves attendee willingness to socialize by 54 percent over traditional formats.

These two event components — networking and attending sessions — are where VR efforts and UX refinement will have to focus. But as we’ve examined, the name of the game will be to lean into VR’s inherent advantages to build native experiences rather than ported ones.

Expanding on the native principle, the opportunity is to rethink events around VR’s advantages. Can we use VR’s suspension of physics to do things you can’t do in real life? For example, can we mute attendees in a virtual ballroom for private sidebars with specific people?

“We should be looking at this as an opportunity to change the things we didn’t like about physical events,” 8th Wall VP of product Tom Emrich told us recently. “These worlds don’t abide by the laws of physics. So how do we elevate things and make it worth our while to be in VR?”

Other examples include utilizing digital network effects to give business development pros a larger sales funnel. Could they “work the room” by filtering people by attributes that reveal optimal sales targets? Can there be chatroulette-style “speed dating” modules for serendipitous connections?

These ideas may or may not work, but they represent the native thinking that could get VR closer to a go-to event medium. Meanwhile, challenges loom such as comfort, heat and battery life for longer sessions. Those aside, VR could have long-run potential as the event world’s next normal.

Can VR Save Virtual Events? 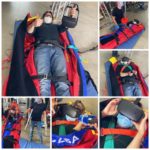 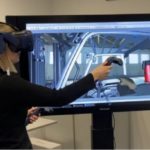