Students from Nanyan Technological University in Singapore launched the campaign „Girl, Talk“, that utilises the VR to empower female undergrads to respond to sexual harassment.

Four students from Nanyang Technological University in Singapore have come up with a brilliant idea to spread awareness about sexual assault and harassment – through virtual reality (VR).

As part of their final project, the students launched a campaign called „Girl, Talk“ that provides a VR simulation of sexual harassment scenarios, as reported by VICE. Users will experience different situations, either as the victim or as a bystander, and choose how they would react in the given situation.

The innovative use of VR isn’t the only highlight of the sexual harassment campaign. The team also created brief educational videos and podcasts that educate others about consent and how to respond to unwanted sexual advances etc.

Those who participated in the event found the use of VR „innovative and useful“ in helping them learn how to deal with sexual harassment. „It made the scenario more realistic, allowing me to think about what I could do to prioritise my safety and comfort in such a situation,“ one participant told AsiaOne.

The campaign has been lauded by Monica Baey, a National University of Singapore student who grabbed headlines last year for publicly calling out a fellow student after he filmed her in the shower.

Sexual harassment and misconduct is rampant in universities in Singapore. According to Education Minister Ong Ye Kung, the six autonomous universities in the country reported a total of 56 sexual misconduct cases between 2015 and 2017 and this number only represents the registered cases.

Out of the 56 cases, 10 were serious enough to warrant a police investigation and jail sentences. Out of the 10 cases, only one was expelled from the university, a move that was later revoked and changed to 18-month suspension after appeal. Many argued that punishments imposed by local universities in sexual misconduct cases were nothing more than a mere slap on the wrist.

For instance, in September 2019, another student from NUS was let off with a 21-month probation for molesting a woman on public transport because apparently, his school grades showed that he had the „potential to excel in life.“

This urged Ong to call on universities to review their disciplinary frameworks and hand out harsher punishments to offenders in 2019. Since educational institutions are failing to meet public expectations when it comes to dealing with sexual harassment, a campaign like „Girl, Talk“ is a welcome initiative.elle: 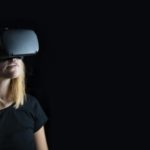