VR and AR in Medical Education

When the first prototype Oculus Rift was announced, much of the buzz generated came from the gaming industry. Little did we know that it would be the medical industry that would stand to benefit the most from technological innovations bringing our mixed reality dreams to life. The way medical students are learning to treat life-threatening illnesses once an M.D. gets stamped next to their name is undergoing a remarkable transformation thanks to virtual and augmented reality.

According to researcher Brian Sweeney, M.D., one of the best ways to teach students how to perform surgeries is through simulations. Sweeney’s study published on NCBI defines simulation-based training as, “the representation of a real medical event by a created model for the purpose of education and/or evaluation.” The aim of this type of training is to equip future doctors with the knowledge and technical skill to potentially save lives by way of immersion. While it is true that not all doctors will even have to execute such complicated operations in the course of their career as some medical conditions come by rarely, they still need to develop the expertise and prepare for all scenarios.

Haptical previously introduced Shafi Ahmed as the doctor who live-streamed a surgery with Snapchat Spectacles. He is also the co-founder of Virtual Medics and Medical Realities who is very vocal about the lack of trained surgeons in the medical field. Now, he is working on the world’s first VR training for surgeons which he believes is the future of medical education. Adding to the shortage of qualified surgeons, Maryville University outlines that there is also a shortage in primary care physicians and advanced practice nurses especially in rural areas. VR and AR might accelerate the training in order to match the country’s growing need for medical professionals.

In medical training, most students are assigned one cadaver to perform different procedures on for the duration of the year or even their entire stay in medical school. This means that the space and opportunity to practice and eventually perfect their training can be very limited. 3D anatomical models belong to the earlier innovations with VR and AR which helps students learn about the human body in depth. Microsoft’s HoloLens and Organon 3D for the Rift are some of the tools that can be used to study anatomy and even conduct simple clinical examinations.

One London-based company, Fundamental VR, goes one step further in addressing the shortage of cadavers or operations to observe through a haptic VR system scheduled for release before the end of the year. The ‘Fundamental Surgery’ mimics the environment as well as the physical sensations felt during an operation as if it was the real thing which is ultimately the goal of mixed reality. This is a huge step-up from future doctors merely watching from the observation panel of the operating room while surgeons perform highly technical procedures on patients. A critical mistake on the operating table can literally be life-changing which makes hands-on practice indispensable for medical professionals. With this kind of tech, they can develop the skill and the confidence when it is their turn to carry out surgeries.

For Embodied Labs, VR can be used outside of technical training. The company created a VR program called “We Are Alfred” wherein Alfred is a 74-year old man with macular degeneration or a severe form of visual impairment. The Huffington Post explains that the device is meant to put the future nurse or doctor in the place of an extremely ill individual so that they can learn to empathize with their condition. Understanding exactly what a patient is going through can help students find ways to make their lives more comfortable which can already be a big help to them.

These tools and innovations can assist students in preparing for pressure-filled situations both in technique and disposition. Right now, 3D anatomical models and simulated surgeries are already significant milestones for future doctors and nurses, but the role of VR and AR can be still be explored at length by the medical and tech industries. 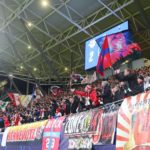 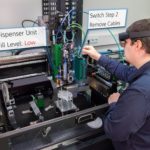