US Fire Administration Advocates The Use Of VR For Firefighter Training

An average of 11 firefighters have died every year since 2008 during training sessions; VR could help reduce those numbers.

Between 2008 to 2019, 110 firefighters lost their lives during routine training sessions that involved putting out real fires, climbing ladders, hauling heavy equipment, and performing other essential parts of the job that a firefighter would have to do during an actual emergency.

In response to these surprising numbers, a recently published article on The US Fire Administration’s (USFA) training and development page called “Coffee Break Bulletins”, advocates for the use of VR training to help keep firefighters safe during daily training sessions.

The article, entitled Virtual Reality May Save Firefighters Lives, dives into the benefits of VR training, explaining how trainees are able to experience unique and dangerous situations impossible of too expensive to replicate in a real-life training session. It also looks at how VR allows users to face incredibly dangerous situations without the risk of any real-world consequences.

Firefighters around the country have been incorporating VR into their training plans for some time. The Cosumnes Fire Department, for example, has been putting new recruits through VR training regiments designed to simulate dangerous California wildfires, while other departments have begun using immersive technology to prepare staff for a wide range of situations, including kitchen and submarine fires.

In addition to VR, several departments have begun incorporating various haptic technology to enhance their training experiences, such as special suits that emit heat based on the virtual training and nozzle systems that match what you see in VR to create realistic force feedback. For practical on-the-job assistance, companies such as Qwake are in the process of developing AR-enhanced helmets which allow operators to see through thick smoke.

According to USFA, a division of FEMA, 70% of training-related deaths are due to stress and overexertion. The other 30% comes from falls, vehicle collision, self-contained breathing apparatus (SCBA) failure, or environmental exposure.

In USFA’s report, the author writes, “While many of these may be attributed to personal health issues, the majority comprise a senseless loss of life. If you are a training officer looking for a practical, safe alternative to dangerous live fire scenarios, take a look at virtual reality training.”

By putting firefighters into VR, they are able to control and eliminate all of the dangerous elements of training while still providing them with the knowledge and experience that will keep them safe during a real emergency.

The report also breaks down the benefits of VR training:

Though the USFA does advocate for VR training, the organization is hesitant to endorse its use at all departments. While VR technology will no doubt drastically cut the cost of real-life training, there are still certain procedures and scenarios which can’t be replicated in VR, at least not as effectively.

US Fire Administration Advocates The Use Of VR For Firefighter Training 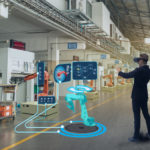 PWC Study on Effectiveness of Virtual Reality Training in Enterprises 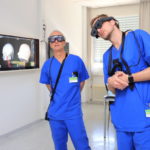