Combining VR With Esports To Train The Next Big Soccer Star

No doubt about it, eSports is one of the fastest-growing industries in the world. Competitive gaming is now considered a full-fledged sport, meanwhile professional, amateur, and school athletes have already begun incorporating VR and other virtual simulators as part of their training.

The first big move for AYCE is having Indiana Soccer partner with the Manchester, England based VR company Rezzil to give players an esports training platform that can help them develop into elite soccer players on the field.

Using the analytics platform GYO Score, combined with Rezzil’s VR tools, coaches will be able to track thousands of “natural movement” data points for players as they train on the field or in the gym, providing athletes with deep analytical assessment – including player skill level, wellness, and overall cognitive capabilities.

Training through Rezzil’s VR platform, players interact with a virtual ball while moving their bodies as if they were on an actual soccer field. Vive Trackers attached to the legs and feet of the player tracks their movements through the experience, allowing them to interact with the in-game world using their lower body. While they practice, a digital hologram guides them through different drills and techniques. The entire virtual simulation will lean heavily on the idea of esports, which will blend VR and gaming into a data-rich experience.

We already know why VR is an amazing training tool for athletes. It supercharges the conventional training experience, helps you improve your decision making during competition, and allows you to face virtual opponents without the risk of physical contact. But how exactly do esports factor into all of this?

During an interview with VRScout, Steve Isaacs—teacher of Game Design and Development at Bernards Township Public Schools, PBS Lead Digital Innovator, and esports expert—explained to me that it’s all because of popularity.

Isaac explains, “The way kids consume content now through Twitch, YouTube, etc. It all features gaming content which is growing as our new form of TV,” adding, “Sports teams are starting to realize that they are losing market share to esports, so they are developing esports organizations within their own professional sports clubs.”

Isaac also tells me that, from a scholastic perspective, curriculums are being developed in areas including SEL, CTE, STEM/STEAM, video production, and even full high school English Language Arts using esports as the foundation.

Esports is literally reshaping how athletes and non-athletes learn and train. What the American Youth Soccer Cooperative for Esports is doing is blending all of these thoughts to improve physical sports gameplay.

“We believe the ability to provide technological solutions is crucial to helping sports players improve their talents for the game they love,” said Dave Guthrie, Executive Director of Indiana Soccer Association in an official press release. “In this case, the ability to participate in virtual simulation training as well as obtain detailed analytics to games will help develop our players tremendously.”

Time will tell if the Indiana Soccer partnership with Rezzil will produce the next big soccer star through VR training and esports, but win or lose, it’s still a GOAAAAAALLLLL!!!! for VR and esports.

Combining VR With Esports To Train The Next Big Soccer Star 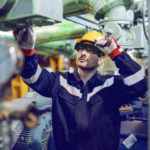