There are plenty of virtual reality (VR) examples when it comes to keeping physically healthy but far fewer when dealing with cognitive abilities. Today, Virtuleap has launched its brain training app Enhance VR to help those also wishing to stay mentally fit.

Previously released as an Early Access title in late 2019, Enhance VR provides you with a selection of mini-games including Magic Deck, Memory Wall, React, Hide & Seek, Pizza Builder, and Balance which cover a range of cognitive functions like memory, problem-solving, spatial orientation and more.

“Our beta release was about collecting user feedback to improve the level balancing of each of the closed-loop games, as well as to stress test the game scoring system that translates a player’s performance to a sort of IQ for each cognitive ability,” says Amir Bozorgzadeh, co-founder and CEO Virtuleap in a statement. “This renders each of our VR brain training games as much scientific instruments as they are a fun way to assess and keep track of how strong or weak you are along any of these distinct categories of mental fitness.”

Players are able to track their progress using a scoring system called the Enhance Performance Index. The company notes it will soon work with institutes like the Pacific Brain Health Center and the National Innovation Centre for Ageing at Newcastle University on feasibility studies to validate the efficacy of the application for assessing cognitive illnesses like Alzheimer’s and Parkinson’s.

“Our vision is to mine the big data of volumetric gameplay patterns with the help of machine learning in order to create a new digital health marker that we believe will allow our games to anticipate a cognitive illness or disorder years before it onsets,” Hossein Jalali, co-founder and CTO Virtuleap adds. “We have spent the past year preparing the ground by creating the data infrastructure required in order to generate and collect the data in a way that can make this possibility a reality.”

Currently available for Oculus Quest and Rift as well as HTC Vive Focus Plus, Enhance VR will also be made available for Pico Neo 2 and Valve Index by the end of July. As development continues Virtuleap plans on adding compatibility with third-party biometrics like eye-tracking, EEG, and smartwatches. 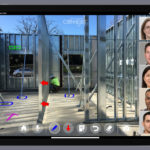 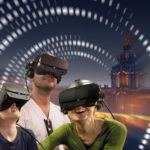