Microsoft Flight Simulator seemed like the ideal candidate for VR support when it was unveiled back at E3 2019 in June, however word got out at E3 that the studio hadn’t fully committed to supporting VR headsets at launch. It seems we’re no closer to knowing when VR support is coming to the game as previously stated, however it’s still a “top wish list item” for post-launch.

We were hoping for more news regarding when VR support can be expected, however the studio is staying mum on any further talk of VR support.

Original Article (October 10th, 2019): Speaking to AVSIM, head of Microsoft Flight Simulator Jörg Neumann reveals that although VR support wasn’t initially on the drawing table, that they’re trying to make it a possibility.

“It honestly wasn’t our plan [to support VR], but we are listening, and we heard it, so we will try our darnedest to make it happen,” Neumann explains. “Whether or not we’re going to pull it off for launch, […] we can’t commit to that at this point in time, but we have the desire.”

Microsoft Flight Simulator is slated to release on Xbox One and Windows 10 PCs sometime in 2020 (see update).

“Given that we genuinely want to make the sim that simmers want, we will try to prioritize that over other things,” Neumann continues. “In general, that is our outlook. We made a plan years ago of what we’re making, and we’ll adjust our plans based on feedback that we’re getting.”

You can listen to the entire audio of the interview with Neumann and CEO and co-founder of Asobo Studio Sebastian Wloch here, which touches how the project started in 2016, and more details on the inclusion of real-world weather, traffic and imagery to the sim. 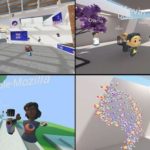 How To Record A Video Inside Mozilla Hubs 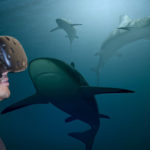