German automotive manufacturer Mercedes-Benz has never been shy about its love for immersive technology. In the past the luxury vehicles company has experimented with numerous VR and AR applications, from an AR owners manual and VR car-buying experience to an AR-enhanced vehicle tour and multiple 360-degree videos. Now it appears as though the company is taking things a step forward by applying that same technology to the vehicles themselves.

Mercedes today unveiled a slew of new improvements to the companies advanced MBUX infotainment system arriving later this year alongside the release of the brand new 2021 Mercedes-Benz S-Class. This includes an AR-enhanced heads-up display that projects key navigation information directly within the drivers eye line, such as directions, vehicle speed, and distance to target; instead of looking away from the road to check your GPS, upcoming streets and arrows indicating which direction to turn are displayed directly on the front windshield.

Also included is a 3D instrument cluster powered by onboard eye-tracking technology. According to Car and Driver, the standard LCD display lies just below an additional LCD aperture grille that moves in sync with the drivers head, creating a stereoscopic effect in the process. Owners will have the ability to deactivate this feature should they find it too distracting.

Other futuristic additions include the “Hey Mercedes” voice-activated assistant, three backseat touchscreens which allow passengers to share media and set destinations, advanced gesture controls, and biometric security. While speaking to Car and Driver in regards to whether or not existing Mercedes-Benz vehicles with the current MBUX system would receive support, a Mercedes spokesperson stated, “Certain features will be available for purchase in the Mercedes Me store.”

The 2021 Mercedes-Benz S-Class will be available for purchase later this year and will include this new AR-enhanced MBUX Infotainment system. 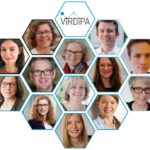 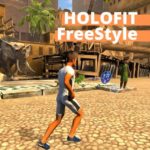 You Can Take a Free Coursera Course...