Mixed Reality App Immerses You In The Historic Battle Of Gettysburg

This Wednesday marks the historic 157th anniversary of the Battle of Gettysburg, a gruesome three-day conflict fought in and around the town of Gettysburg, Pennsylvania during the American Civil War. Often considered a turning point for the Union Army, Gettysburg remains one of the deadliest battles in American history, claiming the lives of roughly 46,000 – 50,000 Union and Confederate soldiers in a span of 72 hours.

Ahead of its 157th anniversary, immersive content studio QuantumERA has launched Gettysburg: A Nation Divided, a brand new app available on iOS that uses a combination of AR and 360-degree technology to transport you back in time to the year 1863 and onto the front lines of a jaw-dropping battle of epic proportions.

Users have the opportunity to immerse themselves in the chaos of battle from the perspective of both a Union and Confederate soldier via fully-animated 360-degree animations. Using their smartphones as 360 way-finders, users can explore 10 key locations scattered across the massive battlefield, each of which providing additional details such as the locations of each army and who was in command. You can also discover hidden artifacts as well as golden coins which can be used to rank up from Private all the way to General.

In addition to shining a light on the battle itself, QuantumERA’s app allows you the opportunity to learn more about the people effected by the conflict. Brought to life as animated avatars, you’ll hear stories from soldiers, African American journalists, and various local women just to name a few. Of course, it wouldn’t be Gettysburg without an address from the man himself. Gettysburg: A Nation Divided offers an AR recreation of President Lincoln’s famous Gettysburg Address at the Gettysburg National Cemetery.

“I was able to stand next to President Lincoln as he delivered the Gettysburg Address and joined forces at McPherson’s Ridge when the first shot in the battle was fired, all without leaving my living room,“ said history enthusiast and University of Texas student, Jed Golman.

“Honoring the Battle of Gettysburg is just as important today as it was 157 years ago,” added Michael McGar, president of QuantumERA™, the content creation company that developed Gettysburg: A Nation Divided. “It was the turning point in the Civil War and the fight that led to freedom for slaves. Gettysburg shaped who we are as a people and as a country. It’s critical that we take time to remember what those before us fought for and what they achieved.”

There’s also some additional narration provided by Scott Eastwood for some reason.

“When you watch it or you interact with it, you really can retain a lot more of that information,” stated the actor (Fury, Pacific Rim: Uprising). “I think that by being able to be a part of it and be a participant, it allows you to get a perspective I think is really helpful and gives scope.”

Gettysburg: A Nation Divided is available now for $6.99 on iOS.

Mixed Reality App Immerses You In The Historic Battle Of Gettysburg 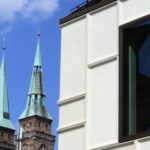