“Ecosphere sets a new standard for natural-history storytelling on the Oculus platform,” said Eric Cheng, Head of Immersive Media for Facebook’s Oculus, in an official release. “High-resolution, high-frame-rate 3D-180 stories are combined with thoughtful spatial audio production to create one of the most compelling immersive video experiences we’ve seen.”

Narrated by Emmy Award winning actress Anna Friel, the three-part series guides users through the savannahs of Kenya in East Africa, the jungles of Borneo in Malaysia, and the vibrant coral reefs of Raja Ampat in Indonesia. Lead by an expert team of award-winning filmmakers from across the globe, including Joseph Purdam (PHORIA), Angie Davis (Anicca
Media), Daniel Huertas (Silverback Films), Eric Cheng (Oculus), and Colin Butfield (WWF), the ecosphere team hopes to offer users an escape from the COVID-19 lockdown while shining positive light on the harmonious relationship between humanity and nature.

“Ecosphere takes natural history production to completely new audiences,” said Daniel Huertas, Silverback Films. “VR gives viewers the opportunity to feel like they’re standing next to wildlife, and within its habitat. It’s also a rare chance to be immersed in someone else’s story; to experience their actions toward a positive future.”

“This is wildlife documentary filmmaking like you’ve never seen it,” said Angie Davis, Anicca Media. “The synergy of our planet comes to life before your eyes as you’re right there in the midst of it. An unforgettable experience.”

Ecosphere launches June 8th on Oculus Go and Oculus Quest headsets 100% free-of-charge. Users can head to the oculus Store via their headset or smartphone app and download the the free Ecosphere app. More information on Ecosphere can be found here.

“Ecosphere will open the hearts of viewers to the beauty of the natural world,” said Joseph Purdam, PHORIA. “These diverse stories and voices are on the frontline of community-led environmental activism. It’s a privilege that ecosphere can help raise awareness for rewilding efforts and reveal just how nature and humanity can co-exist together, in harmony.” 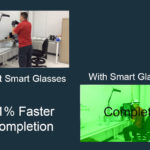 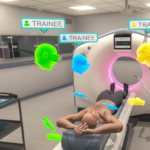 The Use of Virtual Reality Environments for Medical Training