We chat with execs from Pico and XRHealth about this unique VR solution.

The physical infrastructure of healthcare can seem like a real catch-22, particularly in a pandemic. When you most need healthcare, you are most contagious and most susceptible to picking up contagions in the hospital.

As a result, hospitals are encouraging people to stay away during the current COVID-19 pandemic. However, we can’t just pause our healthcare needs because there’s a pandemic. As a result, demand has increased for telehealth.

But it’s about time that there was a VR solution. XRHealth didn’t pop up just in time for COVID-19, though it might feel that way.

The company, which specializes in offering telehealth XR solutions via applications, has been around for about four years. They’ve created over half a dozen apps in that time but you’d be forgiven for not having heard from them. They’re about to start making a lot more noise, however.

The organization has been working through the red tape to get FDA approval for its apps and to get special licensing to offer improved services.

The organization is partnered with giants in the XR industry including Magic Leap, Oculus, and HTC. However, it’s their recent partnership with Pico that’s in the headlines today.

“People want a one-stop-shop… we decided to partner with Pico to offer exactly that,” said Orr. “We’ve been in talks with different companies but when we saw theNeo 2 and the Neo 2 Eye, which we think is the future, we reached out to them.”

Pico Interactive doesn’t register in the US with names like Oculus and VIVE. That’s largely because it doesn’t have consumer support in the states. However, it does have industry support. Specifically, the company is setting itself up as a peerless VR solution in healthcare.

“We’ve been positioning ourselves with XRHealth for a couple of years,” Pico Sales and Partnerships Director, Will Winston, said in a phone interview. Winston also commented that avoiding the consumer market in the states means that Pico’s supply hasn’t been crippled by COVID-19 in the same way that more consumer-based XR solutions have been.

It feels like just yesterday that ARPost reported their partnership with MyndVR and Littlstar to bring VR into eldercare facilities. Winston and Orr both said that the headset’s comfort, hygiene, and ease of use made it perfect for telehealth VR solutions, particularly in cases in which that was all users wanted a headset for.

What’s more than that, the NEO 2 claims to be the only all-in-one headset that offers eye tracking.

“We’re eagerly expecting to integrate eye tracking with the NEO 2 EYE, hopefully in the next couple of months,” said Orr. “We believe it will be a game-changer.”

Getting the VR Solution

The partnership between the two companies, announced in a press release shared with ARPost, culminates in “VR Telehealth Kits.” Further, those with participating insurance packages will have access to the VR solution with free or reduced-price subscription service from XRHealth and rental fees from Pico.

While Pico headsets aren’t available as consumer models in the states, this partnership will make headsets available to patients in the United States, as well as Europe and Australia. To find out if you’re eligible, visit the XRHealth website linked above.

This model may be expanded to allow users to purchase headsets through the program. While that service may be available later this year, further dates and details are pending ongoing negotiations between XRHealth and US vendors.

“We are exploring with different vendors the possibility to sell headset,” said Orr. “Right now, we are renting the headsets to patients but we are getting more and more requests to purchase.” 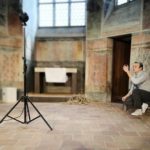 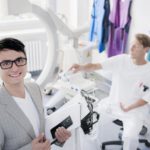