The Link Between VR and Diversity Training

VR is no longer just a vehicle for entertainment purposes;  it has become a very useful tool in a number of other industries. In fact, it has now become more widespread across businesses as it has proven to be helpful in the training field.

CenarioVR, for one, an award-winning immersive learning tool, has helped some of the largest global enterprises benefit from training employees in virtual reality. For those who have yet to catch onto the learning curve, VR training is quickly becoming one of the most effective forms of eLearning.

Empathy at the Core

Virtual Reality is particularly effective because it allows you to walk a mile in another person’s shoes. Since all the senses are involved and engaged, long-term retention is said to be boosted as the brain’s cognitive functions are stimulated. This type of experiential learning brings about cultural awareness and empathy as well, while capitalizing on the importance of inclusion. In this regard, microaggressions, which could have long-term, compounded effects on workers may actually be minimized when people become aware of the nuances in their behavior. This has also become necessary in pushing for more diversity in the workplace. VR training helps people of various backgrounds and skill-sets come together in ways that they can not only collaborate, but also learn from one another.

DEI Training––which stands for Diversity, Equity & Inclusion––is now a big investment for companies. As the workforce is growing and trying to rid itself of former biases, reports show that US companies spent $8 billion annually on DEI Training. Today’s businesses do not necessarily operate via a top-down approach anymore. Company culture has vastly changed, and now, every worker is viewed as a valuable addition and equal contributor to the organization’s success. Maryville University emphasizes how important it is for leaders to keep up with the speed of modern businesses by possessing expertise in their discipline, while also contributing ideas in today’s dynamic landscape. Technology like VR, when leveraged responsibly, can account for this.

At times, cognitive dissonance can come into play in the workplace, which may lead to disengagement or withdrawal altogether. When workers are tasked with accomplishing things to which they are not accustomed or are not in line with their beliefs, this could be a cause for disarray. VR DEI training then becomes a means of reconciling conflicting feelings, while also urging a worker to understand what it’s like to be in the role of another person who has to accomplish these tasks. In many cases, VR training is also an eye-opener for what it’s like to be a minority in a company.

Brian Ritchey, COO, and VP of Ritchey Metals, for example, got to experience what it was like to be constantly interrupted and talked over in a meeting––something that women in male-dominated fields experience on a day to day basis. As the spotlight has begun shifting to proper workplace behavior with the burgeoning #MeToo movement, VR diversity training is more important than ever in targeting what it’s like to work in a hostile work environment. The same goes for companies where unconscious biases like racism or ableism continue to permeate. Workers at any level can get a glimpse at what it’s like to be the person against whom they may have discriminated.

As the workplace continues to grow and diversify, putting a premium on inclusion is non-negotiable. A change in perspective is what it takes, and VR may be the answer companies have long been seeking.

This article was exclusively written for Trivantis.

The Link Between VR and Diversity Training 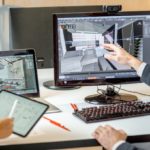 Find and Use 3-D Models and Resources for Augmented Reality 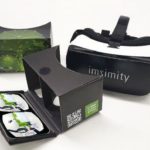