As virtual reality matures, students and faculty get a glimpse into a three-dimensional future.

What if virtual reality is more than a novelty or even a tool? What if it’s a technology with the potential to change, well, everything?

When Emory Craig and Maya Georgieva, both experienced educators, first encountered modern VR at the Tribeca Film Festival several years ago, the experience was so revolutionary that it altered the course of their professional lives. The pair went on to establish Digital Bodies, an organization dedicated to researching and consulting on the transformative power of VR, augmented reality and artificial intelligence — collectively referred to as extended reality, or XR — in education and society.

“I’m interested in experimenting with how this is going to change everything we do in education — and the way we work, play and learn in the future,” says Georgieva. She and Craig hesitate to link VR to any existing pedagogical models, cautioning that we’re still in an early stage of figuring out how to best apply the tech to education.

“It is natural for educators to look for pedagogical models to inform practice,” says Craig. “However, with XR, we have the opportunity to create new learning experiences, test new hypotheses and inspire new models.”

But they do see incredible potential.

“We’re moving from the information age to the experience age,” says Georgieva.

When Tod Clapp, an associate professor in Colorado State University’s Department of Biomedical Sciences, was first approached about bringing VR into his teaching practice, he was hesitant.

Then a colleague cornered him and put a VR headset on his head.

“As soon as I got to interact with data in three dimensions, I knew right away we could use it,” he says.

Today, Clapp works with students in a 2,500-square-foot VR lab that can accommodate up to 100 people. The lab is equipped with 100 Samsung HMD Odyssey+ headsets that hang from above, each connected to a high- performance, hard-networked HP computer in the pipe-grid ceiling.

When it was built, the lab was the planet’s first large-scale deployment of VR in an educational setting — both an exciting distinction and a fact that means CSU had to develop all of its own content. But Clapp sees the effort of building and equipping the lab as well worth it.

“It solved our problem of looking at two-dimensional images and requiring students to understand relationships three-dimensionally,” he says. For years, he says, professors have been showing neurology and anatomy students single-plane images and trying to help them interpret the images in three dimensions.

“Now, students can look at structural relationships as they really exist, in a collaborative, immersive environment, interacting with data and with each other,” says Clapp.

At the University of Louisiana Monroe, the library’s makerspace includes a VR lab for classroom use.

Tom Hoover, CIO and library dean, made the case for bringing VR to ULM. IT staff had been passing around a headset; Hoover showed it to the university’s president, who found the experience compelling enough to conduct a demonstration for interested donors.

“Their reaction was, ‘This could be a game changer. Put together a proposal,’” recalls Hoover.

One of the biggest challenges in running the VR lab, says Hoover, is how quickly the technology evolves. On an enterprise level, it can be hard to keep pace. Finding content, especially content that’s compatible with specific gear, is another challenge.

“It’s so new, we’re kind of back to the days of VHS and Beta,” says Hoover. “You have these different applications that are for the different headsets.”

At Penn State, professor Alexander Klippel and instructional designer Amy Kuntz collaborated to build an entry-level course that aims to prepare students for their mixed-reality futures. The course, Immersive Technologies: Transforming Society Through Digital Innovation, or GEOG 107N, is open to students of all majors at the university.

“There’s a universal need across the academic spectrum for understanding this technology and what it means for researchers to have this potential now available,” says Klippel. “We are able to teach people to create immersive experiences — immersive content — outside of a computer science department.”

Penn State boasts several VR-equipped spaces, including the IMEX Lab, where students use VR headsets in the Pinwheel Theater while safely seated in swivel chairs, and the Dreamery, where headsets are tethered to computer units.

The university’s VR inventory also includes headsets with inside-out tracking, in which the camera is placed on the headset rather than on a fixed point in the environment to provide greater mobility. That means users can also work with VR environments outside the lab setting.

In designing the GEOG 107N course, Kuntz was careful to define clear goals and objectives that would serve to guide instructors’ integration of mixed reality technologies.

“Good teaching is good teaching, whether you’re using technology or not,” she says. “When we’re integrating these leading-edge technologies, we make sure there is real alignment to the objectives, to the course content, to the learning activities and to the assessment of the students.”

“I think there’s an application for almost every class,” says Hoover, citing use cases for mass communications and exploratory writing. “It definitely opens your eyes and enhances the learning experience.”

The Next Frontier for VR in Higher Ed

With universities just beginning to explore VR’s potential, Craig and Georgieva are excited to see what the future holds. While science and medical departments, in particular, have been early adopters, they are especially interested in use cases beyond those fields.

“We’re really going to see a profound impact when we start to integrate it into the humanities and social sciences,” says Craig. “There will be new ways to bring experience into the learning environment, and that’s a significant shift in the paradigm.”

When Digital Bodies first began presenting on VR at conferences in 2013, educators’ most common reaction was that the technology was compelling, but its application was way off in the future. Craig and Georgieva routinely countered that assumption, telling their colleagues that the future was coming faster than they thought.

Today, institutions like CSU, ULM and Penn State are proving them right.

“With XR, we’re learning how to collaborate and connect with others in ways that will fundamentally transform our human experience,” Georgieva says. 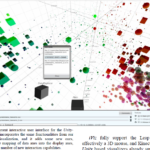 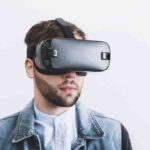