Oxford VR Picks up $12.5M in Funding for Its VR-based Therapy Platform

The company says in a press release that the fresh capital will allow it to accelerate expansion into the U.S. and continue R&D into treating conditions such as anxiety, depression, and post-traumatic stress disorder (PTSD).

Founded in 2017 by Oxford Professor Daniel Freeman and biomedical engineer Barnaby Perks, Oxford VR is building what it calls “automated VR therapy,” which provides psychological treatments to patients as an adjunct to traditional therapy.

For Oxford VR’s first clinical trial, the company tested a program that exposed patients with a fear of heights to a virtual suspended walkway. The results were published in The Lancet Psychiatry; the company says the results achieved were “significantly better than expected, with the best psychological intervention delivered face-to-face by a therapist.”

The company is already delivering its automated VR therapy in real-world settings via the UK’s National Health Service (NHS). Additionally, Oxford VR is participating in trials including the NHS-funded gameChange project, a large-scale trial to use VR therapy to treat patients with behavioral health conditions.

In the US, the company has also established a partnership with the Colorado-based National Mental Health Innovation Center (NMHIC) where it is running multiple pilots using VR therapy treatments.

Along with the investment, Ash Patel, Principal at Optum Ventures is joining the Oxford VR Board of Directors.

Oxford VR Picks up $12.5M in Funding for Its VR-based Therapy Platform 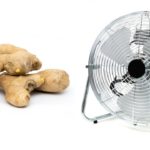 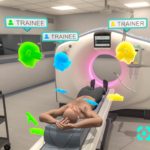