How Augmented Reality Is Used to Educate People on Pollution

Augmented reality presents new opportunities for educating people, especially younger generations, on the impact of pollution and the need for environmental conservation.

Augmented reality is often called a revolutionary technology. It transforms the industries that embrace it, including their traditional practices. However, out of all its applications, its most important one yet might be critical to the future of our planet.

The Earth is paying the price for humankind’s advancements. Everywhere you go, you will encounter some form of contamination. For instance, skies covered in smog, streams packed with floating plastic, and streams full of toxic chemicals have become the norm all over the globe. Although technology has significantly contributed to pollution, it might also help us reduce it.

Let’s find out how augmented reality can raise environmental awareness.

Pollution comes in many forms—chemicals, solids, and naturally occurring substances to name a few. Most of it ends up in a landfill or the ocean. As a result, it poisons our land and water systems. Millions of marine animals and humans perish each year due to its effects.

According to the World Health Organization, 4.2 million people die every year from air pollution alone.  If we fail to address it in our communities, long-term exposure may leave us with permanent health problems.

Needless to say, pollution has become inescapable. From outer space to the farthest depths of the ocean, we’ve managed to leave our junk everywhere. Even areas that remain untouched by modern developments can’t escape its detrimental effects.

There’s a lot we can do to reduce pollution and protect the environment. Yet, we’re still not doing everything possible. We can, for example, pressure businesses to cut down on plastic packaging or replace them entirely with eco-friendly alternatives. Unfortunately, one or two complaints won’t be enough to make this happen.

To make a difference, we need to gather more people to fight for and protect our environment. Augmented reality is the perfect tool for that endeavor. It might not be the first thing that comes to mind when someone says environmental awareness. However, it’s hard to ignore its potential to reach new audiences and educate them effectively on the impact of pollution.

AR might still be in its nascent stages, but it has a handful of useful applications geared towards environmental conservation.

Every Kid in a Park, for example, is an initiative spearheaded by the USDA Forest Service. It educates American families about the country’s natural resources, history, and culture. A small part of that initiative is the Agents of Discovery game.

Much like with Pokémon Go, players use their smartphones to explore the world around them. This game, on the other hand, is limited to 50 forests in the country. And instead of finding Pokémon, players will encounter different AR challenges.

The game is the perfect way to get digital natives to appreciate nature. It’s an excellent way to help them understand the importance of protecting our forests and waterways from pollution. Research even proves that exposing kids to nature at a very young age will shape their attitude towards environmentalism when they grow older.

Another augmented reality initiative geared towards environmental conservation is Our Ocean Life. It was one of the exhibits at the Art Science Museum in Singapore.

Our Ocean Life takes you on an immersive and interactive journey beneath the waves. Warrior9 VR created it to highlight the devastating consequences of pollution on marine life. The vivid experiences may open your eyes to this reality and inspire you to take action.

Augmented reality can be a catalyst for change. Using immersive experiences, we can see the sheer magnificence of nature and how pollution can easily destroy it. We can inspire younger generations to do what older generations couldn’t—protect the environment. Furthermore, we can use AR to drive a sense of urgency for tackling pollution in all its forms.

How Augmented Reality Is Used to Educate People on Pollution 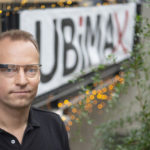 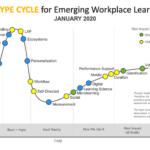 How Augmented Reality Can Be Used for...