Environmental organizations have launched several virtual reality projects in an effort to keep people informed about the effects of climate change.

Climate change is a significant threat that has raised concerns all over the world. From shifting weather patterns to rising sea level, the impact of climate change is global, and at an unprecedented scale.

According to reports, 11 percent of the world’s population – about 800 million people – are vulnerable to these impacts. So, it’s not surprising that the United Nations described climate change as the defining issue of our time.

Concerns about global warming have increased significantly since 2013. Climate activists across the world are now organizing protests and non-violent civil disobedience to raise awareness about the issue.

Be that as it may, a few people are less concerned about the effect of climate change.

According to Pew Research, about 20 percent of the world believes that global warming is a minor threat. Meanwhile, 9 percent say that it’s not a threat at all.

In the United States, 23 percent say that climate change is a minor threat, while 16 percent believe it’s no threat at all.

Although various approaches can help address the divided opinion on the extent of the threat, Virtual Reality may be the most effective.

Why Virtual Reality Can Motivate Us To Solve Climate Crisis

VR is engaging and immersive. As a result, it’s could be a useful tool to drive empathy and motivate action.

Researchers at Stanford University’s Virtual Human Interaction Lab revealed that a person is more likely to conserve paper if they had the VR experience of cutting down a tree. These include feeling the chainsaw’s vibrations and sound, as well as experiencing the Tree’s crash.

With this in mind, here are some of the most immersive VR projects out there.

Consider the VR projects outlined below.

1. This is Climate Change

This is an expansive virtual reality docu-series from Participant Media and Condition One. It allows viewers to explore the far corners of the earth to discover people being hit the hardest by climate change.

This is Climate Change provides an immersive view of how people endure the impact of global warming, deforestation, wildfires, drought, and famine.

Danfung Dennis and Eric Strauss created the 29-minute long docu-series which premiered in 2018.

Tree is a virtual reality project that transforms you into a rainforest tree. As such, your body can serve as the tree’s trunk, while your arms would be the branches.

Along with offering a first-hand experience of the tree’s growth from seedling to the fullest from, viewers will also witness its challenges.

Trees are our best defense against climate change. Yet, a study in the journal Nature suggests that 46 percent of global trees have been cut off since humans started cutting down forests.

The VR project, Tree, can educate viewers on the beauty and fragility of nature. This could ultimately lead to more empathy for plant life.

Viewers will experience being in Greenland and standing in the water in front of a glacier. They ‘ll also witness stunning scenery beneath the ocean, while two NASA scientists explain how the warm waters are melting the glaciers.

The Virtual Reality project was inspired by the calls for the withdrawal of the United States from the Paris Climate Agreement.

This immersive VR experience reveals how breathing connects plants and humans. It takes you to an ancient forest to see the Sequoia tree and witness the visible exchange of oxygen and carbon dioxide.

Although We Live in an Ocean of Air is not as haunting at the other three Virtual Reality projects, the 20-minute experience provides a visual insight into our place in the world.

It helps us become more aware of the planet and its parts. And this could increase the willingness to protect it.

A 501(c)3 non-profit organization, The Hydrous developed IMMERSE, to raise awareness about the threat coral reefs to face due to rising ocean temperature.

In the experience, you’ll become a diver accompanying marine biologist and CEO of Hydrous, Dr. Erika Woolsey, as she swims next to sea turtles, manta rays, and sharks. As Hydrous described it, it’s a journey of science, love, and magic in the ocean.

IMMERSE was co-developed by Horizon Production. And it first premiered at the International Ocean Film Festival at Fort Mason, San Francisco. 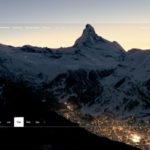 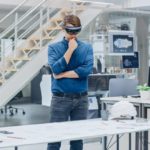 Is VR Training The Next Big Fitness...