Museums around the world are leveraging virtual reality to bring their exhibits to life. Interactive tours and immersive 360-degree videos are becoming increasingly common in galleries and museums worldwide. As the technology becomes more affordable and compact, expect more institutions to embrace immersive tour experiences.

London’s Saatchi Gallery is hosting the world’s first-ever virtual reality theatre. There, you can explore the tomb of Egypt’s most famous pharaoh, King Tutankhamun, as Howard Carter discovered it nearly a hundred years ago.

Carter unearthed 5,000 artifacts from King Tut’s tomb in November of 1922. For the 100th anniversary of the archaeological discovery, 150 of those artifacts are going on a 10-city tour worldwide. The Tutankhamun: Treasures of the Golden Pharaoh tour arrived in London’s Saatchi Gallery following successful exhibits in Los Angeles and Paris.

Over 60 items in the collection have never been exhibited outside of their home county before. Guests can see these priceless artifacts alongside a short immersive experience, called Tutankhamun: Enter the Tomb, at the world’s first VR theatre. The small theatre features 18 cutting-edge Positron Voyager chairs.

Designed especially for immersive storytelling, the chairs have high-resolution 6DoF headsets for untethered viewing. Positron also added haptic feedback and scent dispensers to take the cinematic experience to new heights. Furthermore, they made a patent-pending system that eliminates motion sickness.

New York-based company IMG, with the help of Egypt’s ministry of antiquities, organized this rare opportunity. Saatchi Gallery will host the exhibit until May 3, 2020.

The Tutankhamun: Treasures of the Golden Pharaoh tour is heading off to Sydney, Australia, next before traveling to six other cities.

LA-based immersive entertainment company CityLights debuted its eight-minute short film at the Saatchi Gallery in London in November. It showcases a photorealistic experience of the young pharaoh’s tomb as it was discovered by Carter nearly a hundred years ago. Their goal was to craft an entertaining experience that also educates viewers on the excavation.

Joel Newton, CityLights’ co-founder, directed the immersive experience. He put together a team of professionals to create a hyper-realistic virtual environment. Moreover, they made sure to craft an unforgettable story fit for a legendary king.

British actor Hugh Bonneville, known for his role in the historical drama Downton Abbey, narrates the film. In addition, he portrays Lord Carnarvon, who is the real-life equivalent of his character in the award-winning series. The aristocrat funded Carter’s expedition to Egypt, making the archaeological discovery possible.

Other famous names who also contributed their talents to make this immersive experience a reality include Ian Donahue and Chadwick Turner, Bart and Gabriel Gavigan, Rob Garza, and Garland Hunt Jr.

Tutankhamun: Enter the Tomb is CityLights’ latest VR venture—not the first. Back in 2018, the company acquired Darren Aronofsky and Eliza McNitt’s Spheres. It’s a three-part series that takes audiences in an immersive journey through space.

CityLights is on a mission to arm creatives with the resources needed to push the boundaries of immersive cinema. It also seeks to expand VR further into the realm of cinema. In doing so, museums and other institutions can hope to ease the pressure on tourist attractions. Furthermore, they can promote awareness and understanding of other cultures, as well as the histories of our world’s most important treasures. 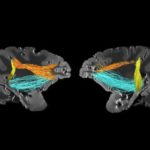 A surprising new source of attention in the brain 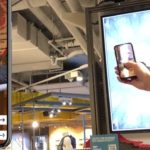 6 Ways in Which AR Shall Revolutionize...

Is the Connected Worker the key to...