Physics can usually be explained by mathematics and science with equations. But that certainly isn’t the case when it comes to art. Art is quite subjective and is usually a personal experience in understanding what a certain piece means to an individual. But through Particulate, you can combine both physics and art to create something majestic in virtual reality.

– Build and save your own scenes when you’re feeling creative.

– Tools can be placed into scenes statically, or you can record (and loop) their motion using a simple press-move-release mechanic.

– Turn on Audio Reactivity and play your own music (using any app) to add a new dimension to any scene.

– Build (and save) particle “sculptures” – static scenes with no placed emitters.

– Use “Freestyle Mode” to jump in quickly and interact with automatically-regenerating particles (works well as a demo for new VR users!)

– Take an optional guided tutorial to learn how to use the app.

Particulate is currently available for the Oculus Rift with a vision of future release on other platforms. 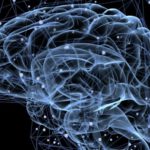