Mix learning and entertainment with these VR experiences.

I’ve been a little lapse on my articles here on VRFocus of late (mostly due to the time involved in setting up my own business over the last few months) but I didn’t want to miss the chance to offer up my Top 10 VR Education Apps of 2019 (PS you can read my Top 10 of 2018 here).

I have only selected apps which released in 2019 and I have decided to exclude ports of older apps (e.g. Tilt Brush on Oculus Quest). As with last year’s list, I would like to highlight the fact that every app was personally selected by me and this list does not represent the views of VRFocus as a whole. 2019 saw some excellent releases in the world of VR Education so before we dive into the main list, let’s give a few honourable mentions:

Jigspace VR – One of my favourite educational AR apps is now in beta on Oculus. One to watch!

Adam Savage’s Tested VR – Based on the TV show. Could offer some inspiration for future designers

The Rome Reborn series – I do like these apps… they just always seem like they could have done more.

Mona Lisa Beyond the Glass

HTC Vive has continued to show genuine dedication to both the arts and education in terms of their projects and this collaboration with The Louvre is a real benchmark experience. Originally launched in situ, the app subsequently launched for free via Steam and Viveport and is simply stellar. Ultimately every single art student in the world deserves the opportunity to try this wonderful experience that brings one of the world’s most famous works of art to life like never before.

After the award-winning success of their frog dissection app, Victory XR returned with multiple new iterations in 2019, offering fresh dissection experiences (no pun intended) to students. Once again these are hosted by the brilliant Wendy Martin (a national award-winning science teacher) and offer students a mess-free way to hone their dissection skills and develop their understanding of anatomy. The original frog app was notably excellent and Victory have clearly built upon what they learnt from that experience to refine and augment their new offerings significantly.

My Africa: Elephant Keeper pairs the original (and wonderful) Conservation International 360° film with an immersive, interactive elephant veterinary simulation experience in this Viveport app. It’s a great idea – pairing the 360° media with a hands-on companion piece and I’d like to see this approach used more by educational VR content developers. Even better still is the fact that every purchase of My Africa: Elephant Keeper helps support Conservation International’s work protecting elephants and other wildlife around the world.

This little gem from Giant LaZer gamifies learning about recycling in a really fantastic way. Set in the near future, Trash Rage explores the impact of humans on the planet as you sort and recycle various types of garbage. Easy to pick up and hugely fun to play, this could really help students get a better understanding of the varying types of recyclables as well as the importance of recycling as a whole.

Gadgeteer is a physics-based puzzle app that definitely harkens back to the classic Rube Goldberg machines. Essentially you can build all kinds of crazy machines and contraptions using a huge range of parts and tools. The sandbox mode is where it’s really at for the classroom as it means students can have the freedom to really experiment and explore ideas. It’s a great example of something that would take a lot of time and physical resources to do in the real world whereas in VR, the imagination can run a little wilder! A great addition to a school’s STEM lab.

Raid on the Ruhr

A spiritual sequel to 1943 Berlin Blitz, the Raid on the Ruhr experience from Immersive VR Education showed once again that history really can be brought to life using virtual reality. Students get to experience first-hand the events of the RAF’s Operation Chastise and the bombing of the Mohne Dam. It’s more hands-on and interactive than its predecessor, with the user able to adopt multiple roles within the aircraft, but the historical accuracy and wonderful use of original audio recordings once again frame this as a genuine slice of history brought into the present through VR.

I try to avoid including 360° film content in this list but I have included Greenland Melting as it’s use of volumetric capture really does add to the sense of presence, despite the limited interactions that the user is afforded during this 12-minute documentary piece. The subject is a timely one and students will get a first-hand look at Greenland – from the sky, the ground and even under the surface of the water as they learn more about why Greenland’s glaciers are melting and the ramifications of this.

This one is very unique – an immersive experience inside an attic to help you learn more about the golden ratio and the Fibonacci sequence! As you interact with various elements within the whimsical space, the mathematical concepts come to life before your eyes. This free experience is a definitely worth a look and a worthy addition to the frankly quite limited range of math-based VR apps.

I really wanted to include something for the Oculus Quest as I’ve already seen the power of this great HMD in classrooms first-hand. That being said, I also didn’t want to include ports or this list would have been taken over by the likes of Tilt Brush and Apollo 11. There are a couple of brand new titles that launched directly for the Quest in 2019 though and this one from National Geographic is an excellent example of VR breaking down geographical boundaries and letting students explore the far corners of the Earth. In this case – Antarctica and Machu Pichu.

Come on – there had to be a dinosaur one on here eventually didn’t there? It’s a good one though – an app that was developed for the American Museum of Natural History in New York by Immersion VR in association with Vive as a part of a special “T rex: The Ultimate Predator” exhibition. Much like the Mona Lisa app, this was then released for free via Viveport.  It’s an engaging experience where students can build a T-Rex skeleton bone by bone and eventually witness it come to life! A great option in particular for anyone who loved Hold The World in 2018. 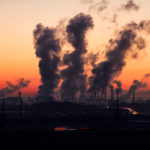 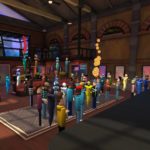