Beginning 2020, videos created using VR and AI technology will need to be identified as such.

In an effort to deter the rampant spread of “fake news,” Chinese regulators working on behalf of the Cyberspace Administration of China (CAC) have announced new rules that will ban the use of “deepfake” technology to produce and distribute fictional news stories. The upcoming regulations will also require any video and audio content created using VR or AI technology to be marked.

“With the adoption of new technologies, such as deepfake, in online video and audio industries, there have been risks in using such content to disrupt social order and violate people’s interests, creating political risks and bringing a negative impact to national security and social stability,” said the CAC on Friday.

Deepfakes, sometimes referred to as “deep learning,” is a type of media in which an existing person’s face and facial expressions are realistically replaced with that of another using artificial neural networks. Over the past few years, the technology has gained mainstream media attention thanks to popular face filter apps like Snapchat as well as a handful of viral videos, and while most use-cases revolve around swapping celebrity faces–such as the regal Jennifer Lawrence-Buscemi–China has much deeper concerns about the rapidly-growing practice.

In September, face-swapping app Zao went viral in China, establishing itself as the #1 free app on the App Store and sparking the CAC’s initial anxiety over deepfakes. The worry is that deepfake technology could be used to create hyper-realistic renditions of established figureheads, which could then be used to spread potentially harmful misinformation. According to the transcript published to the CAC website, deepfake technology could “endanger national security, disrupt social stability, disrupt social order, and infringe upon the legitimate rights and interests of others.”

These new regulations, published by three Chinese government agencies, will take effect beginning January 1st, 2020; failure to adhere to the rules will be considered a criminal offense.

Just a month-and-a-half ago, California legislatures introduced their own system for combating deepfake news, banning the distribution of any deepfakes of established political figures within 60 days of an election. As facial recognition and AI technology continue to advance, this is no doubt just the beginning of a much larger discussion. 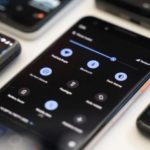 5 AR Apps In Education That Already Pay Off 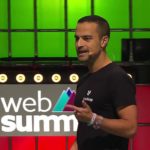