In 2019 alone, over 6,402 fires have been recorded in California. An estimated 250,249 acres of land have burned, three people have lost their lives, and suppression costs from the fires have risen to over 163 million dollars. Capable of burning 10,000 acres of forest within an hour, the wildfires–more accurately described as firestorms–pose a unique challenge to firefighters that have been hard to replicate in standard training–until now.

The Cosumnes Fire Department, in collaboration with RiVR and Pico Interactive VR, is using VR to immerse new Fire Academy Recruits in several real-life fire scenarios prior to embarking on firefighting missions. Using VR headsets, firefighting recruits are able to visualize and experience how a fire develops, the rapid changes that occur during a fire, the smoke and fire conditions that can lead to flashover, and a fire situation that will lead to serious injury or death in seven unique immersive scenarios.

Since the program’s initial implementation in October, the Cosumnes Fire Department has successfully placed 20 Fire Academy Recruits in intensive VR training using two dozen headsets provided by Pico Interactive. The program has proved wildly beneficial; nearly every firefighter in the program agreed that they felt better prepared for real-life firefighting emergencies because of their experience in the immersive training program, and Fire Chief Mike McLaughlin plans to continue using the technology in future training academies.

“For us, partnering with RiVR was a clear choice due to the company’s mission to enable cutting edge training anywhere in the world via the RiVR VR Simulation Engine. The Simulation Engine captures and scans real-world environments and recreates those environments and scenarios in virtual reality – and RiVR’s work with the Cosumnes Fire Department is a prime example.”

“The feedback from the fire recruits is a true testimony to RiVR and how the technology is helping train for real-life, dangerous scenarios,” said Leland Hedges, Commercial Director of Pico Interactive, EMEA. 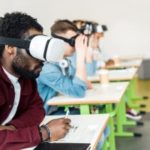 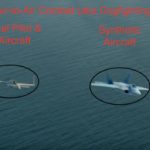