How VR Can Prepare Prisoners For Life On The Outside

Simon meets American prisoners using virtual reality to learn about the outside world.

Simon Reeve continues his journey through the Americas. In this second leg, Simon is in the United States travelling down the Rocky Mountains from Montana to Colorado. In the wide-open prairies of Montana, the cowboy way of life is under threat from a long-term decline in the rural economy, but Simon meets a former Silicon Valley executive who has envisaged a new future for the land. The hugely ambitious American Prairie Reserve is attempting to turn three million acres of former ranches, farms and public lands into a protected habitat for America’s wildlife, reintroducing iconic species long extinct, including the North American bison. It is a move being welcomed by native American groups still living under the shadow of historical injustice. 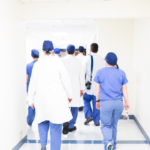 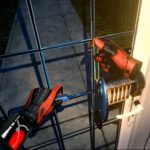