In a video published to the companies official YouTube channel earlier this month, German start-up DronOSS demonstrated the technology behind its ARbox, a remote AR device capable of transmitting positional, rotational, and other key location-based data to a client app installed on a standard smart device.

Used in combination with a DJI Phantom drone, the technology was used to overlay AR obstacles and structures over the real-world environment via a smartphone, allowing the pilot to practice various maneuvers and hone their flying skills with zero risk of an expensive collision. In the demonstration shown, a pilot can be seen navigating a real DJI drone carrying the ARbox device.

While in the real-world the drone is flying through an open area devoid of any obstacles, the live feed shown on the paired smartphone device shows a series of glowing blue rings floating throughout the air. The pilot then flies through these rings, with each obstacle turning yellow upon contact, signifying a failed flight path.

According to Next Reality, after receiving a generous grant from Germany’s Federal Ministry for Economic Affairs and Energy towards the continued development of ARbox, DronOSS—which operates out of The Technical University of Cologne—began working on a partnership with an unnamed drone company involving its AR training solution; DronOSS’ agreement with the FMEAE requires the company to produce a working product by Spring 2020.

“We see the demand coming from the drone companies, so this is the market: Companies that either provide drone pilot training or that employ drone pilots,” said Luciano Mora, who co-founded DronOSS alongside Alberto de la Rua and Antonio Juliá, while speaking to Next Reality.

“There are companies, like utilities and other industrial companies, that have to perform inspections on their assets and facilities on a regular basis. They do this with drones to make inspections safer, so that workers inspecting do not need to climb, and because there is high risk. But flying a drone also poses a risk. If the drone pilot is not properly trained, he could crash into the asset and cause thousands of Euros of damage, which would then result in high losses.”

The video demonstrates some of these potential use-cases, with a pilot at one point navigating an ARbox-equipped DJI drone around an AR house covered in flames. No doubt this experience would prove useful to professional drone pilots tasked with gathering crucial on-site data for firefighters that could end up saving lives. This same technology could be used in a variety of other scenarios as well, including car accidents, missing person reports, floods, and numerous other catastrophes.

According to Next Reality, DronOSS states that while the potential use-cases for training are vast, ARbox is capable of offering a much wider range of services in fields such as gaming and architecture. While the current ARbox solution works best when the pilot is within a 1-kilometer range of the drone, DronOSS hopes to eventually extend that range through the use of 5G technology.

As the use of drone technology continues to expand, no doubt these cost-effective AR-based training solutions will only become more common. 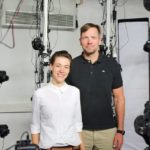 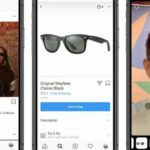