Scraper: Gauntlet is currently in the works.

Making money through consumer videogame releases can be a difficult business, which is why a lot of virtual reality (VR) spread their time between enterprise work as well. Labrodex Studios, the team behind Scraper: First Strike is doing just that, announcing the expansion of its Enterprise AR & VR Solutions Division.

A small part of the studio’s focus to begin with, over the past year the division has grown to offer clientele a range of solutions and services. “Since the inception of the studio, the plan was to focus on VR entertainment initially and expand into traditional 3D work, along with starting our Enterprise AR & VR Solutions Division. Based on our current workload and pipeline of projects, we are going to be rapidly expanding the Enterprise Division,” said Jim R. Ivon, President & CEO of Labrodex Studios in a statement.

Currently working on VR and augmented reality (AR) projects for corporate clients, Labrodex Studios has developed its own AR & VR Demo Lab so customers can see the various kinds of solutions that can be built. One example is the VR Lab Forklift Safety training video found at the bottom of the page.

“We’re putting together a comprehensive set of AR & VR corporate modules that our sales team will be demoing to clients,” Ivon continues. “We are currently working on sections for safety, branding, education, athletics, training and entertainment. VR not only provides increased learning retention and employee satisfaction, but can reduce workplace hazards significantly, trim training costs substantially and be continually updated. This is a big win for the challenges facing companies today.”

The focus on enterprise VR and AR doesn’t mean to say the studio is moving away from consumer entertainment. Having released Scraper: First Strike for PC VR headsets in 2018 Labrodex went on to support PlayStation VR this July. Last month Humans 101 was launched for Steam Early Access, a user-generated content creation videogame. Then in Q4 2019 Scraper: Gauntlet will be released, a spin-off from the original title. Details of which are currently being kept under wraps. 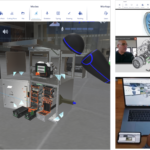 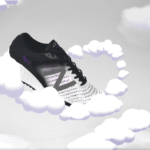