VR is among the more cutting edge training and development products. The technology augments traditional learning with multisensory experiences, which may boost employees‘ retention of information, according to a 2017 report by the Association for Talent Development.

Tech employers are particularly confident about VR’s success as a training tool. A March survey by Perkins Coie revealed 78% of tech employer respondents believe VR and augmented reality (AR) — referred to collectively as extended reality, or XR — are highly applicable to workforce development. At the same time, about one-fifth of respondents said they were concerned that content offerings for AR and VR would be a pain point for using the technologies.

It’s not just high-end manufacturing and healthcare facilities that are leveraging the benefits of virtual training. Walmart earned headlines in the past couple of years for introducing and later expanding VR technology, to the point that it committed to providing VR headsets to each one of its U.S. stores. The company even used VR to simulate crowded stores to prepare workers for 2018’s Black Friday shopping season.

Beyond front-line worker applications, some vendors are expanding VR applications to include compliance and soft skills like leadership and communication. One such program trains employees on how to interact with employees who are being let go. 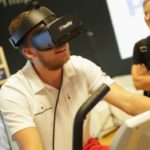 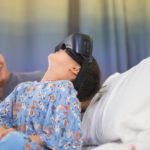