Earlier this month, a deadly mass shooting took place at a Walmart store in El Paso, Texas, claiming the lives of 22 individuals and injuring 24 others. According to Walmart CEO Doug McMillon, that number could have potentially been higher had it not been for the companies active shooter VR training included as part of the Walmart Academy experience.

During an interview with Fortune, McMillan stated that members of the El Paso Walmart management team, as well as associates, felt that their experience in the companies VR training module helped them better navigate the shooting as it occurred.

“I’ve been to Southaven, and I went to El Paso on Tuesday [Aug. 6], and I spoke with our associates and our management team there, and heard from all of them. And I can tell you, from conversations with them, they all appreciate and recognize how much that training helped. It’s a virtual reality experience,” states McMillon. “I’ve done it myself. And there’s something about doing that through VR that helps you, in some ways, live the experience and understand the steps that you need to take in an active shooter situation.”

“Because the management team [in El Paso] acted so fast and engaged other associates and executed the plan, we all feel very confident that lives were saved and seconds were gained. So, we’re appreciative of that fact, and the decision that the leadership team had made here to make the training happen quarterly, I think helped as well.”

In terms of active shooter training, VR technology has been adopted by several different organizations to provide both civilians, as well as law enforcement professionals, with the skills and knowledge required to properly handle a potentially deadly situation. Earlier this year, NYPD’s Counterterrorism Bureau conducted a week-long pilot program in which hundreds of NYPD officers participated in a series of location-based VR experiences that simulated a variety of active shooter and hostage scenarios.

Developed by V-Armed, the platform offers law enforcement professionals, first-responders, and engineers a customizable platform in which to carry out hyper-realistic scenarios that would normally be impossible to recreate in real-life. Staff can monitor the performances of users, including their accuracy with a firearm and negotiation skills, allowing them to better identify key problem areas and adjust the training accordingly.

The versatility and cost-effective nature of VR technology makes it an absolute no-brainer for companies and organizations looking to offer impactful training without breaking the bank. In the case of the El Paso shooting, VR gave employees the knowledge and skills necessary to respond effectively to the deadly situation, potentially saving lives in the process. 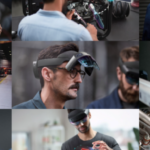 What Are Industrial AR’s Biggest Benefits and Barriers? 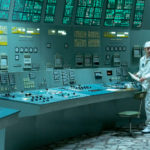