Want to Know the Real Future of AR/VR? Ask Their Devs

A new survey of 900 active devs provides some surprising clarity into the technology’s constraints.

Developers say they are working on many projects for the new Oculus Quest.

If you want to get a rosy view of the future of virtual and augmented reality, ask a company that works in the space. If you want to get a pessimistic view, ask an investor. But if you want a realistic view, one shaped by experience instead of conjecture and wishful thinking, ask the folks who are actually making the stuff. From their perspective, according to a new report from the organizers of the annual conference XRDC, things aren’t looking bad at all.

Reports like these aren’t uncommon, but they’re usually published by analyst firms who conduct research by talking to companies. Instead, XRDC’s „AR/VR Innovation Report“ was generated from an online survey of more than 900 developers. „Our main goal is to get a sense of the temperature of the industry, which spans from hobbyists and students to professionals working on big-budget projects,“ says Alex Wawro, an editor at XRDC and Gamasutra who has been involved with the annual survey since it began in 2016.

While the pool of respondents is larger this year than ever before, the status quo remains unchanged in some ways. Games are still the primary driver of the industry, with 59 percent of developers‘ current or potential VR and AR projects falling in the gaming space. However, the survey saw pronounced growth in a number of other fields, particularly education (33 percent) and training (27 percent). That growth dovetails with another interesting shift: when developers expect to turn a profit. In past years, Wawro says, most have expected their VR/AR work to be profitable in the medium term, but this year saw a two-fold jump in people who said their projects aren’t tied to profitability at all.

Why that is, exactly, is a matter of speculation, but given the influx of talks proposed for this year’s XRDC around health care and workplace training, Wawro suggests that it might be a function of the purpose of such projects. Government agencies, nonprofits, and businesses creating internally focused experiences aren’t making VR and AR for consumers at all, which skews their priorities away from profit. (XRDC is in fact a new designation; it was known as VRDC for its first five years, but with the rise of platforms like Magic Leap it’s more actively encompassing augmented/mixed reality.)

The survey also points to a shakeup of sorts on the hardware front. As has been the case since the survey’s inception, HTC and Oculus dominate the results to the question „On which AR/VR/MR platform are you developing your current project?“ The HTC Vive has been the favorite in each of the survey’s previous three years, but this year the Oculus Rift leapt ahead—and the brand-new standalone headset Oculus Quest tied the Vive. Wawro calls the shift „small but significant,“ and readily admits that while the Quest’s all-in-one form factor made it an obvious choice to rank high among developers, he’s less sure why the Rift would have overtaken the Vive. Regardless, it looks set to continue: Rift and Quest remain the top two choices for developers‘ next projects. (PlayStation’s PSVR takes up a distant rear among the major VR headsets, with a mere 7 percent of developers using it for their current project and only 11 percent using it for their next project—less than even AR wearables like Microsoft HoloLens and the Magic Leap One.)

Asked what he’d expect to see in next year’s survey, Wawro points not to hardware but to content. „In the past,“ he says, „stuff like Pokémon Go or Beat Saberor The VOID’s installations really get our developers excited and talking about what they’d do with this. This field is really ripe for software to come shake things up.“ There’s still room, of course, for a major company to swing in and upset the landscape—a condition that seems increasingly likely. As reported by Road to VR, Apple has gone on a hiring spree for positions with „AR/VR“ in the title, suggesting that its long-rumored wearable AR device, despite recent conjecture, is very much alive.

And if it is, it would be entering a marketplace that Wawro says has matured past its initial stumbles, but is finding new ones. „In the beginning, everything we heard in surveys and at events was that developers were concerned about making people nauseous,“ he says. „This year we didn’t see nearly as many concerns in that vein. At the same time, we saw developers complain that the industry is difficult to navigate—that’s not too different from any young industry, but I hope as we go forward we’ll see a concerted effort from companies to standardize the tools we use to make these experiences.“ 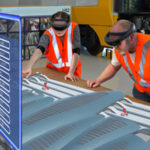 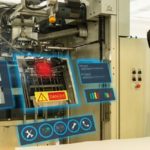 US Fire Administration Advocates The Use Of...

Combining VR With Esports To Train The...

Augmented Reality and its use case in...