As part of the Small Business Inno­va­tion Research programme.

Pittsburgh-based Schell Games is probably best known to virtual reality (VR) fans through its escape room experience I Expect You to Die, yet the studio has a penchant for educational titles as well. Having previously released HoloLAB Champions, the studio has now secured funding for a VR tool called HistoryMaker VR, with the US Department of Education awarding the project almost $1 million USD.

Awarded as part of the Small Business Inno­va­tion Research (SBIR) programme from the Institute of Education Sciences (IES), Schell Games was one of only eight companies to have received Phase II funding for their projects in 2019, amounting to $900,000.

HistoryMaker VR is an app for middle school students, designed to make learning about history fun and engaging by using VR puppetry. Students embody historical characters, record performances and then share the performance to demonstrate their knowledge. Features include era-specific props to interact with, being able to upload speeches to then recite them using an in-VR teleprompter, as well as having the option to export the recording to watch it outside of VR.

“The most recently published National Assess­ment of Educa­tional Progress report (NAEP, 2014) cites only 18 percent and 23 percent of 8th grade students performed at or above the profi­cient level in U.S. history and civics, respec­tively. What’s more, students commonly report they find history to be boring and they lack moti­va­tion to under­stand or remember the content,” remarked Jesse Schell, CEO of Schell Games and Principal Inves­ti­gator of Histo­ry­Maker VR in a statement. ​“The generous grant from the IES coupled with the talented Histo­ry­Maker VR devel­op­ment team could play a signif­i­cant role in helping those numbers climb in the near future by offering students an enter­taining way to learn about the past.”

Thanks to the SBIR programmes Phase I and Phase II grants, Schell Games has actually received over $1 million for the HistoryMaker VR project. The money will help the studio with additional digital character capabilities, preparation tools, presentation options, and professional development documentation. HistoryMaker VR will eventually support a range of platforms including mobile and standalone headsets like Oculus Quest which are more affordable and practical than tethered systems. 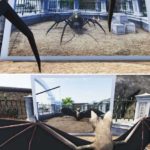 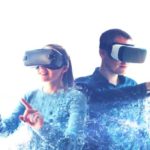