With New Orleans forecast to get rainfall from Barry, CNN’s Tom Foreman used virtual studio and augmented reality to showcase both how the city is affected by flooding and the systems they have in place to help keep water out when possible.

Barry, which is, as of this writing, a tropical storm, is projected to sweep up through Louisiana with New Orleans on the edge, though that of course could all change.

Foreman appeared standing in a virtual environment with a floating screen behind him and standing on satellite imagery of the city with labels floating over it.

The view switched briefly to a more birds eye angle, though without Foreman appearing on it.

Next up a floating “screen” came into view, with Foreman behind it, allowing him to interact with a cross section of the city’s geology and illustrations of the levy system. 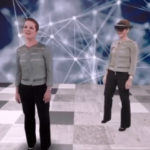 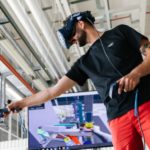