The impact of climate change is often described with statistics or doomsday predictions about the future.

Yet in the Northern Territory, a new short film about what Australia’s most northern capital city could look like as climate change takes hold is using virtual reality (VR) to try to inspire people into action.

Beth Caird attended the launch of Storm Dog in Darwin this week and wore bulky goggles and headphones to view the artwork.

„We’re in a thick mangrove forest. A little girl is looking for her dog walking across the cracked earth.“

Shot in 360-degree landscape, the virtual reality piece is designed to look and sound evocative.

Yet the film’s creator, Caro Macdonald, said the place it is set — Darwin in the year 2049 — may not be so inviting.

„The film gives us a sense of what Darwin might be like in a climate change future,“ Ms Macdonald said.

To depict that future in a VR film, Ms Macdonald worked with emergency physicians, scientists and traditional owners on what could be expected to happen locally in the Top End if temperatures and sea levels rise as predicted.

The film tracks a little girl who has lost her dog, and as she looks for her pet, she encounters different weather scenarios.

„One thing I picked out was a higher number of heat days,“ Ms Macdonald said.

„So I’ve used a poetic licence and created a high warning day — like a high UV day — and the little girl is a bit naughty and her dog disappears and she sneaks out and tries to find him on a high warning day.“

There’s also a bad cyclone on the way in Storm Dog.

Under IPPC predictions, there could be fewer cyclones in the future, however, those that do hit will be more intense.

There are also fewer magpie geese in Storm Dog than currently found in Darwin, to highlight how the bird species could be impacted by hotter and drier periods.

„So the little girl talks about memories of a beach that her mother told her about but it’s now an erosion wall.“

Showing a capacity for change

„It’s so important because I think there’s almost a total vacuum of stories about climate change around the NT and the top end and Darwin,“ he said.

He believes the film is powerful because it’s fun to engage with and doesn’t preach.

„In the climate action movement, there’s a whole spectrum of opinion and people are always thinking about how we can communicate effectively,“ he said.

„You’ve got people using lots of harsh realities and back it up with data and scare the people into freaking out and demanding action.

„Storm Dog is more at the softly, softly end of the spectrum and I think that’s fantastic because anybody can watch it from children to anyone.“

Ms Macdonald hopes the film’s relatively not too distant setting will also bring the message home to viewers.

„I’ve intentionally set it 30 years from now because that’s all within our imaginable future,“ she said.

„It’s something we can grasp, we can think our children will only be middle-aged by then.

„I don’t want it to be a totally catastrophic depiction and help people see that we do have the capacity to make changes now.

„I want people to have hope and think about what they can do to enact change to tackle climate change.“ 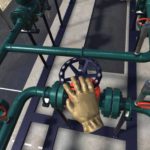 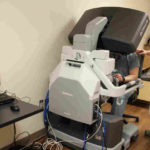 Doctors Learn The Nuts And Bolts Of Robotic Surgery