When some Walmart Inc. WMT 0.35% store workers want to apply for a higher-paying management role, the company fits them with a $250 virtual reality headset to see if they are the right candidate for the job.

The country’s largest private employer is using a VR skills assessment as part of the selection process to find new middle managers, watching how workers respond in virtual reality to an angry shopper, a messy aisle or an underperforming worker.

VR training is becoming more common in a variety of industries to educate a large number of workers quickly or assess the technical ability of high-skilled workers like electricians or pilots. But Walmart’s use of the technology to gauge a worker’s strengths, weaknesses and potential is significant because it pushes VR evaluation out to a massive hourly workforce and in some cases helps determine who gets raises and who gets demoted.

“What we’re trying to do is understand the capacity of the individual from a leadership perspective and how they view situations,” said Drew Holler, Walmart’s senior vice president of associate experience. Walmart executives hope the technology will limit bias inherent in many traditional hiring decisions, increase diversity and reduce turnover among its 1.5 million U.S. employees in a tight labor market.

The assessment yields a color-coded report for hiring managers that describes strengths and weaknesses—perhaps weak leadership skills, but strong knowledge of the fresh produce department—that can help determine promotion decisions or the need for additional training, said Mr. Holler.

Walmart started using virtual reality training broadly last year, adding headsets in the backrooms of all 4,600 U.S. stores to train over a million workers how to stock shelves or use new online pickup machines. In one training meant to encourage empathy, workers see through the eyes of a cashier, then inhabit the view of a dad with his son as they hold up the line by carefully counting change, only to find they don’t have enough.

The VR assessments have been given to over 10,000 workers so far as part of a new store management structure rolling out to some stores that reduces the number of managers. To earn those higher-paying jobs, workers take the VR assessment and undergo more traditional evaluation by management and workers.

Earlier this year, Walmart employee David Arias earned a promotion to team leader and a 10% pay raise after using the VR evaluation. “I scored pretty evenly both in ability to train and the ability to lead,” said the 32-year-old, who has worked at Walmart for 12 years and was previously a training coordinator at a supercenter in Economy, Pa.

Walmart’s use of VR reflects broader efforts by employers to quickly, but fairly gauge workers’ abilities as jobs change due to automation and other factors, said Stacey Philpot, head of Deloitte’s leadership practice. “It’s really important that companies do a better job of assessing potential,” she said.

As Walmart begins to use VR to evaluate workers, it can use the data to identify how certain traits correlate with performance, said Jeremy Bailenson, founding director of Stanford University’s Virtual Human Interaction Lab and co-founder of Strivr, a Menlo Park, Calif.-based company that designed Walmart’s virtual reality training. “We know how high performers act and we can match with that,” he said.

Walmart wanted to understand how candidates respond when they have to prioritize different work or how they communicate with co-workers in times of conflict, said Michael Casale, a cognitive neuroscientist who is Strivr’s chief science officer. Walmart managers completed real-life performance assessments for hundreds of candidates that took early VR evaluations to verify accuracy and build the first iteration of the algorithm that scores workers, he said. For now, scores are based on how workers answer questions in VR.

But Strivr and Walmart are moving toward integrating a worker’s body movement and attention data, collected in VR, which early research shows gives a more accurate and complete picture of future performance and a candidate’s soft skills, said Mr. Casale. That data isn’t yet used in scoring, he said.

The use of body movement data to predict personality and potential could have pitfalls if workers aren’t given other ways to prove their worth, say some training experts. Workers become high-potential employees for many reasons, including training, experiences, opportunities and access to mentors—characteristics a VR assessment may not be able to fully capture, says Andrew Gadomski, managing director of recruiting and workforce analytics firm Aspen Analytics. “No one’s got a silver bullet,” he says.

VR is a “touchpoint in our selection process. It’s not a disqualifier,” or a mandatory part of the promotion process, said Beth Nagel, Walmart human resources market manager for the Pittsburgh area, which is using the tool. So far “VR has substantiated what we as a manager see in someone as potential.”

Strivr doesn’t use VR assessment in its own hiring or promotion decisions, said Mr. Casale. “I imagine it’s something we will explore in the near future on an experimental basis.”

How do you feel about virtual-reality job training? Should companies use VR assessments to determine promotions? Why or why not? Join the conversation below.

Write to Sarah Nassauer at sarah.nassauer@wsj.com and Chip Cutter at chip.cutter@wsj.com 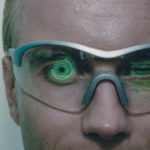