Augmented reality is coming to the operating room theater sooner than anyone may have predicted.

Medivis, which launched its product suite earlier this year, has now received approval from the Food and Drug Administration and will begin rolling out its service in hospitals around the country.

The SurgicalAR platform is a visualization tool that guides surgical navigation, which the company claims can decrease complications and improve patient outcomes, while lowering surgical costs.

Medivis has launched its augmented reality platform for surgical planning

The New York-based company, which was founded by Osamah Choudhry and Christopher Morley, who met as senior residents at NYU Medical Center, raised $2.3 million in financing led by Initialized Capital and has secured partnerships with Dell and Microsoft to supply its hardware.

“Holographic visualization is the final frontier of surgical imaging and navigation,” said Choudhry, a trained neurosurgeon who serves as the chief executive at Medivis, in a statement. “The surgical world continues to primarily rely on two-dimensional imaging technology to understand and operate on incredibly complex patient pathology. Medivis introduces advancements in holographic visualization and navigation to fundamentally advance surgical intervention, and revolutionize how surgeons safely operate on their patients.”

In addition to its hardware partnership with Microsoft, Medivis has also lined up Verizon (whose media group owns TechCrunch) as a partner for its much ballyhooed 5G network.

The company has also launched a toolkit for educational training in augmented reality. The AnatomyX platform for medical training is available on HoloLens and Magic Leap’s devices and is already in use at West Coast University.

Medivis is one of a number of companies that are looking to bring new technologies like AR and VR into the OR.

Robotics, AR and VR are poised to reshape healthcare, starting in the operating room

Vicarious Surgical is another upstart that’s got a vision for medicine’s future that includes augmented or extended reality. That company is combining visualization tools with robotics to enable remote surgeries that could, one day, happen across the country or across the globe.

What these technologies have in common, and the reason why Verizon is likely very happy to partner with a company like Medivis, is the huge amounts of bandwidth that are going to be required to make their visions of the future come true.

As high-speed networks begin cropping up, the attendant use cases haven’t kept pace. And new visualization tools that hoover up data are just the thing to keep money flowing into my corporate overlord’s pockets.

Not that it’s a bad thing. As Medivis’ chief operating officer, Dr. Morley said in a statement, “We are achieving this by rethinking core limitations in current medical visualization pipelines, and continuously pushing the limits of what’s possible.” 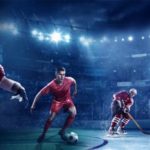 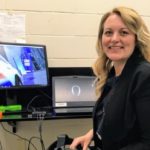 Virtual training soon to be a reality for RCMP cadets