9 Amazing Uses for VR and AR in College Classrooms

Immersive technologies can help students understand theoretical concepts more easily, prepare them for careers through simulated experiences and keep them engaged in learning.

Immersive reality is bumping us into the deep end, virtually speaking. Colleges and universities large and small are launching new labs and centers dedicated to research on the topics of augmented reality, virtual reality and 360-degree imaging. The first academic conference held completely in virtual reality recently returned for its second year, hosted on Twitch by Lethbridge College in Alberta and Centennial College in Toronto. Majors in VR and AR have begun popping up in higher education across the United States, including programs at the Savannah School of Design (GA), Shenandoah University (VA) and Drexel University Westphal (PA). Educause experts have most recently positioned the timing for broad adoption of these technologies in education at the two-year to three-year horizon. And Gartner has predicted that by the year 2021, 60 percent of higher education institutions in the United States will „intentionally“ be using VR to create simulations and put students into immersive environments.

If you haven’t already acquired your own headset or applied for a grant from your institution to test out AR or VR for instruction, it’s time. We’ve done a scan of some of the most interesting projects currently taking place in American classrooms to help you imagine the virtual possibilities.

San Diego State University’s Instructional Technology Services unit launched a Virtual Immersive Teaching and Learning (VITaL) initiative in 2017. Since then, dozens of faculty members have tested the use of AR, VR, mixed reality and 360-degree-video tools for use in numerous disciplines. Instructors can check out gear to immerse their students in new learning environments in their chosen spaces, or take over the VITaL Learning Research Studio to accommodate up to 40 students at four different stations.

Among the many types of experimentation, Gur Windmiller, an instructor in the astronomy department, has found VR „a perfect fit“ for teaching students about astronomy. Concepts that can be hard to understand with verbal explanations suddenly make sense when students experience them visually, he explained in a university article. „It’s a very visual subject,“ he said. „You can create these sandbox worlds where students can just play around with astronomical objects and see what happens.“

2) Recreating Past Experiences for New Learners

The issues of truth and media manipulation brought students from Culture & Media, Journalism & Design and Theatre together at The New School (NY) in a class co-taught by liberal arts instructor Sara Montague and XReality Centerhead Maya Georgieva. Their task: to study — and recreate — that pioneer of „fake news,“ the War of the Worlds radio broadcast, coinciding with its 80th anniversary. Students performed and filmed key scenes from a recreation of the event.

The XReality Center, which allows students and faculty to check out XR products and puts on workshops to help them learn how to use the technology, has also been behind initiatives to digitize nearly the entirety of the University Center campus in New York City, study classic pieces of fashion and capture stories of survivors of sexual assault and their journeys to healing.

A project at Maine’s Husson University will help theater people visualize stage design for their productions. The university’s integrated technology department is developing AR Stagecraft, an app for iPhones and iPads that provides an immersive experience on an empty stage. Students in Husson’s entertainment production program are currently designing theater sets in a computer aided drafting class, which will be imported into the app to provide users the experience of walking through a set on stage before construction begins. This is just the first of many AR and VR projects to come, promised the institution, culminating in construction of an Interactive Experience (IEX) Center, which will be part of a new College of Business building expected to open in 2021.

Since 2005, students and faculty from the University of Denver (CO) Anthropology Department have worked with members of the public to research, interpret and preserve Amache, a World War II Japanese-American internment camp about four hours south of Denver. While the project has long digitized objects linked to the site to make the work accessible to those who can’t visit physically, now a team is using drone image capture to produce a 3D reconstruction of the camp. Eventually, a composite of those photos will be used to feed a VR app that will allow viewers to move through the site via a headset, and an AR app that will let users hold up their devices and see what was there during the camp’s operation.

The Amache project is just one of many university-led projects to bring important sites back to life, particularly those tied to people underrepresented in history. Members of several departments at the University of Arkansas, including Anthropology and Humanities, are leading a similar project to enable people to experience the Spiro Mounds, a gathering place for a large community of Spiroans, a prehistoric culture that inhabited the site between AD 900 and 1300.

„While much of the Spiro culture is still a mystery, the 3D immersive environment will give participants the chance to see what a ceremony may have been like, in a very immediate and interactive way,“ said David Fredrick, director of the Tesseract Center, a game development and visualization studio housed at the university. „Creating this experience allows us to bring the past into the present in a very tangible and meaningful way.“

And the libraries at the University of Nevada, Reno are working with that institution’s Anthropology department to create a „virtual museum,“ which involves scanning and photographing the department’s collection of Native American baskets. „The idea here is to use VR technology to allow library users and members of the community to have access to an impressive and expansive collection of exquisite baskets,“ said Multimedia Production Specialist Michelle Rebaleati during a TEDxUniversityofNevada talk. „In the VR museum, visitors can pick up, inspect and look closely at the items contained in the collection. Because the actual baskets are delicate and can’t be handled, we are delivering the collection to users in a new, revolutionary way.“

During a space walk, an astronaut’s job involves communication — strictly via voice — with mission control and others inside and outside the spacecraft. Now NASA is tapping ideas from higher ed to develop innovative helmet-based displays that use Microsoft HoloLens to provide instructions through the augmented reality display environment. Numerous student teams from institutions throughout the land are participating in this latest NASA SUITS („Spacesuit User Interface Technologies for Students“) challenge. A set of finalist teams recently headed to Johnson Space Center to test their designs, including students from the University of Baltimore’s (MD) Digital Whimsy Lab, the University of Akron (OH), the University of Northern Texas, Florida’s University of Miami, the University of Colorado Boulder, Virginia Tech and Boise State University (ID).

The software from Boise, for example, would help ground control send new procedures during an extravehicular activity and provide displays of images, 3D paths and instructions on how to safely navigate outside the International Space Station. In true student fashion, that team’s software, „ARSIS“ (for „Augmented Reality Space Informatics System“), includes a voice recognition system named Adele (for mathematician and programmer Adele Goldstein, who wrote the documentation for ENIAC), which, when a warning goes off, breaks out into „Skyfall“ by today’s Adele.

Centuries before uranium mines in the area became an environmental hazard, Church Rock, NM, was the home to the Diné, Navajo people. Now, waste cleanup efforts are driving the families of one Diné community to seek permanent relocation to another part of their ancestral lands, a mesa without access to electricity, running water or paved roads. To help the residents of the Diné Red Water Pond Road Community envision what their new settlement could look like, faculty and students from the University of New Mexico’s schools of Architecture and Engineering are using VR and 3D renderings to create potential scenarios to „make the design tangible and immerse the community into the plan so that they can see that their future on the mesa is within reach,“ according to an article on the project.

Catherine Harris, assistant professor of landscape architecture and art and ecology, said the various digital tours of alternate designs will help residents of the community understand the tradeoffs they’ll be making along the way in their off-the-grid move. For instance, more water collection requires more built space, conventional waste treatment eliminates the possibility for methane harvest, and so on. „Ultimately,“ Harris said, „this project is for the Diné. It gives agency to the community so they can realize a sustainable and thriving future for all generations.“

Students in Western Carolina University’s (NC) School of Nursing have tested the use of VR for experiential learning in emergencies. The idea is to help community nurses gain exposure to clinical situations that might not occur often enough in real life, to help them become comfortable with their responses. For an initial testing of the setup, participants donned VR headsets to enter a scene in which a patient has come into a clinic experiencing an allergic reaction to medication that is worsening, including difficulty with breathing. The students had to make rapid decisions about the patient’s care and prioritize their responses at numerous points during the simulation.

An immersive program at Pennsylvania State University, Altoona is helping prepare the newest generation of railroaders. While students — future train engineers — still go out into the field to get practice with railroad infrastructure, railcars and locomotives, they also use an industry-grade locomotive simulator that includes a virtual welder, to let them try out track work and welding.

„We can build an entire railroad in the simulation and receive diagnostics from the railroad itself to see how it’s running,“ said student Michael Yohn, in university reporting. „It’s a really cool piece of equipment.“

9) Feeling the Impact of Decisions

A course in the Executive MBA program at Fordham University’s (NY) Gabelli School of Business puts its future leaders through two VR exercises intended to help them understand the power of communication and teamwork. Led by Julita Haber, director of the full-time cohort MBA and a communications and media professor, one activity requires students to walk across a balance beam at the top of a 1,400-foot skyscraper, urged on by team members. Another one tasks student teams to select one person to deactivate a bomb while receiving directions from the others.

Observed one student, William Allan, a financial professional at a global business and tech consultancy, „Each exercise provided me with a different framework for my thought process in how to approach a situation. It [showed] me the importance of delegation and teamwork in time-sensitive situations.“

„The topics of team dynamics and technology go very well together,“ said Haber in a statement. „I wanted to create activities that would evoke emotions and enhance their communication skills to reach a goal.“ 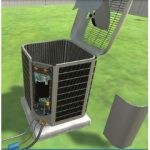 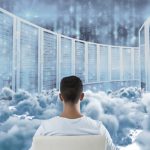 Why simulations (not VR) are the next big thing in education