Virtual Firefighting Is A Thing In Texas

With a helmet fastened to her head and an extinguisher in her hands, Chico fifth-grade math teacher Patricia Sarchet contained and doused two fires outside Chico Elementary Friday.

Luckily, the blaze only existed in the digital realm.

“It did feel real,” Sarchet said. “If you watch videos on things, you think you can do it. But actually doing it was different.”

Sarchet has contained fires at her home with a garden hose before, but had never used a fire extinguisher. Now, she has that hands on experience and a trusty acronym, PASS, (pull the pin, aim the nozzle, squeeze the lever and sweep the flames) stuck in her head in case of an emergency.

Energy Worldnet offered the training in a trailer in the parking lot, letting educators and staff at the elementary school try their hand at virtual firefighting. EWN previously offered the training course to those in the Oil and Gas industry, but this was its first time offering the program to public educators.

“The idea is to support safety preparedness for educators in this particular instance,” he added. “The fear factor of if something happens what to do and where to aim those kind of things. Hopefully they’ll be able to reflect back on this and use those skills to make a difference if they need to.”

Sarchet received an A for quickly dousing the flames.

Joiner said teachers flocked in throughout the day to try out the new tech and receive training.

This was the first time EWN had taken the training trailer outside the industry and into education. Joiner said it will likely not be the last.

Other school districts have expressed interest to bring the VR fire extinguisher training to their schools. 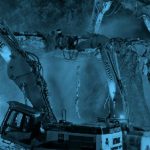 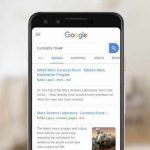