The beautiful medieval Notre-Dame cathedral in Paris suffered a devastating fire yesterday during renovations. The spire and most of the roof were unfortunately lost- but luckily the rest of the building remains intact.

President Macron has vowed to rebuild and restore the beloved cathedral. But while that happens, it will probably be partially or entirely inaccessible.

Thankfully, you can use the power of virtual reality to visit Notre-Dame without even leaving your room.

TARGO is a French immersive video production company. Just two months ago they released an 8 minute 360° documentary on Notre-Dame cathedral.

The documentary focuses on the current “Rector-Archpriest” of the cathedral, as well as covering its history. The camera takes you to every corner of Notre-Dame, even on top of one of the towers.

Google Earth uses a combination of satellite and aerial photography and high detail 3D scans to digitally recreate the real world. One of the cities with a full detail scan is Paris. Google Earth VR lets you scale the world however you like and physically walk around it in virtual reality.

Google Earth VR is available for free on Oculus Rift and SteamVR.

You can find Notre-Dame in Google Earth VR by opening the main menu and clicking the search icon at the bottom. Just search Notre-Dame and select it. We recommend changing the time of day to a sunrise of sunset to see the warm glow on the stone.

A less obvious way to virtually see the cathedral is in Ubisoft’s 2016 title Eagle Flight. You fly as an eagle in first person with the simple goal of building your nest on the tallest point you can find amidst the overgrown ruins of Paris in the far future. The first nest is actually on Notre-Dame cathedral itself.

When we reviewed the game we enjoyed it, calling it “a real treat to play” and giving it 7.5/10. If you’re a fan of Notre-Dame or Paris in general you’ll probably love it.

Eagle Flight is available on Oculus Rift, SteamVR, and and PlayStation VR. 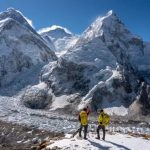 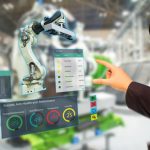 Mixed reality is preparing students for the collaborative workforce