Have you ever wondered how the surgeon operating on you learned how to do your surgery? It used to be it was mostly hands on, operating on a patient, but as CBS2’s Dr. Max Gomez found out recently virtual reality is making surgeon training safer, and he tried it himself.

It looks a little odd, a surgeon seemingly flailing around, unless you realize that he’s working in a virtual operating room, handling virtual instruments and about to do a virtual knee replacement. Think of it as the surgical equivalent of a flight simulator for pilots, with just as much safety at stake.

“Patients can be sure that their surgeon or their trainee has gone through a simulation many times and has quantitatively shown that they can perform the procedure safely,” Dr. Peter Sculco said.

Sculco is the co-chair of the BioSkills Education Lab at the Hospital for Special Surgery. He said virtual reality, like first-year resident Dr. Christopher DeFrancesco was using, is particularly well-suited for orthopedic surgery because many procedures have well-defined steps that a budding surgeon must master.

“From my perspective, as an early trainee, there’s a good value in this for just me learning how things go together,” DeFrancesco said. “At least knowing I’m putting my hand in the right place, I’m picking up the right instrument, helps me to be confident for the first time I’m doing it in real life.”

It had been a very long time since Dr. Max assisted in surgery, so he felt compelled to give virtual reality a try. It took some getting used to but he said could see how valuable it would be for training.

Sculco said it’s also valuable in deciding when a resident is proficient enough to move on to more complex procedures. The company that designed the virtual reality system said this is just the beginning. “Doctors will be able to do mission rehearsal, actually practicing a difficult procedure before doing it on a patient,” said Dave Howe of Osso VR.

Next generation virtual reality will include tactile feedback, so the surgeon can actually “feel” tissues, an important skill in surgery. After that will be “augmented reality,” where X-rays and other data can be superimposed right on the surgical field in a live procedure. 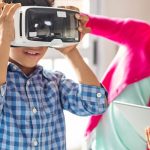 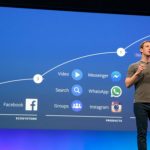