There’s two units that lets a user step into an experience on-stage at the Warner Theatre.

This week, third graders at Grover Cleveland Elementary School in Erie, are getting the chance to experience being on stage with the Erie Philharmonic
It’s part of a virtual tour the Philharmonic is bringing to area classrooms over time, thanks to a grant program from several area agencies and companies.

This week is the first public launching of the virtual reality project. The goal is to expose students to the arts in a way they might not be able to experience, otherwise, and possibly also spark a love of technology, too.

Erie Philharmonic Executive Director, Steve Weiser, says, „There’s a visual headset they put on that’s a 360 experience that lets them sit like a camera view in the middle of the stage,and then they have high-def headphones they put on that let them experience the actual orchestra that we’ve recorded from a live concert last year.“

This virtual reality tour will be at Grover Cleveland through Wednesday, then move on to other Erie City Schools and later, schools within Erie County. 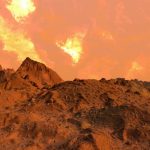 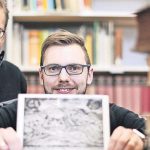